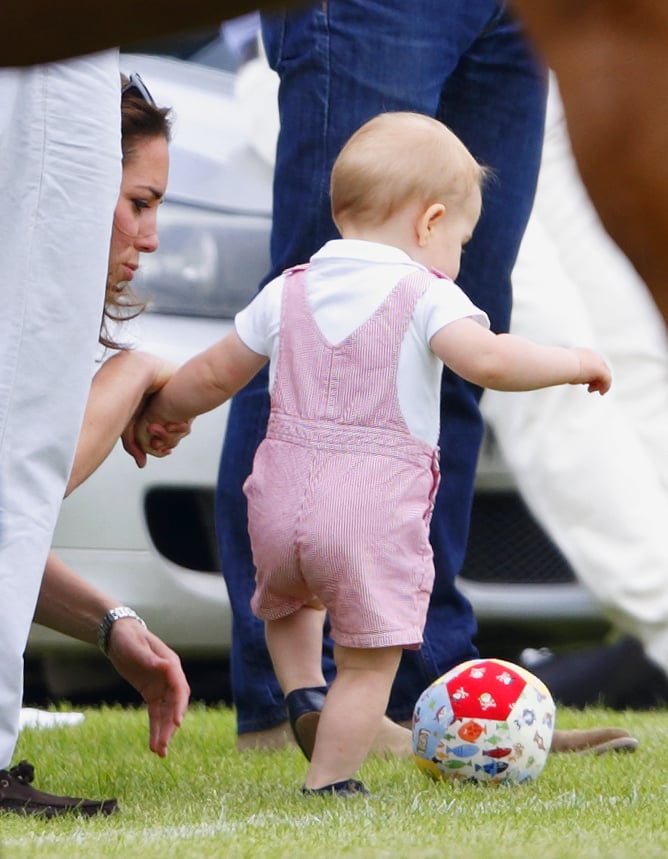 World Cup fever is in full force as fans — and stars! — around the globe cheer on their favorite teams. There are plenty of kids showing their spirit, and we have to think one famous little guy in particular is also getting in on the craze. Prince George showed off his soccer skills during a charity polo match last month, so it's safe to say he's a fan of the sport (perhaps he takes after his sporty mom, Kate Middleton?). He may not be able to root for the England national team, since the UK lost to Costa Rica while his uncle Prince Harry was visiting Brazil last week, but he still looks cute kicking around a soccer ball.

Babies
Alexa and Carlos PenaVega Are Now Parents of 3! "Little Rio Could Not Wait to Come Out"
by Alessia Santoro 6 hours ago

Kylie Jenner
Kylie Jenner and Stormi Wore Matching Rainbow Bikinis, and It's Too Cute to Handle
by Nikita Charuza 1 day ago

Cardi B
Oh My, Monochrome! Cardi B's New "Mommy & Me" Reebok Collection Was Inspired by Kulture
by Chanel Vargas 2 days ago