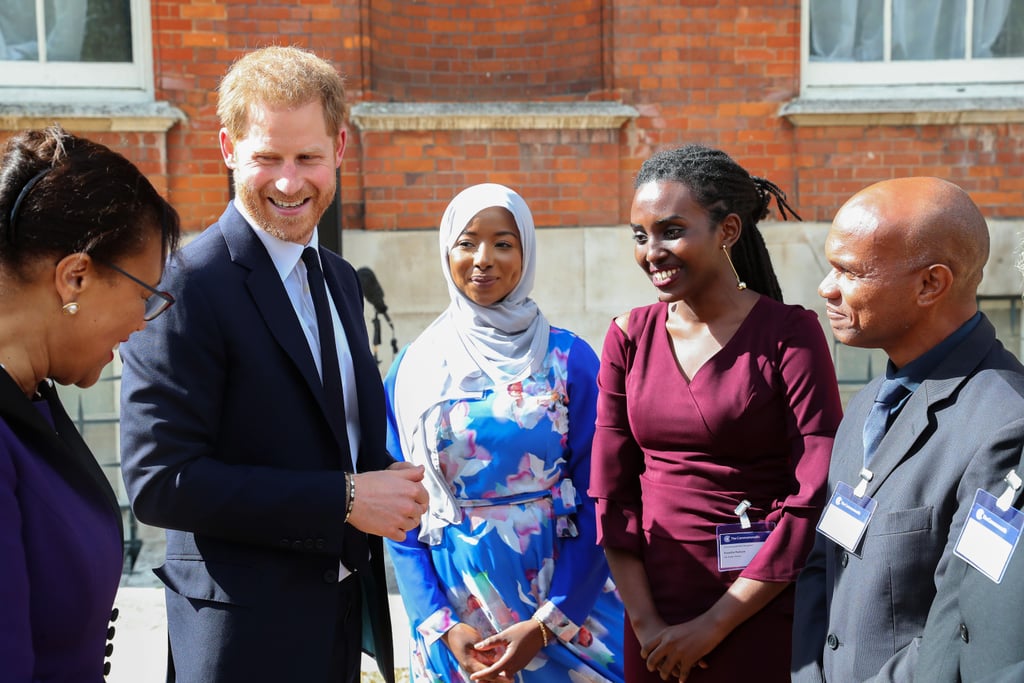 Another day, another royal outing from Prince Harry! On Friday, the Duke of Sussex celebrated the 70th anniversary of the Commonwealth at a special garden party at Marlborough House in London. As the Commonwealth Youth Ambassador, Harry met with the winners of the Innovation For Sustainable Development Awards, including Leilua Lino from Samoa, who created a peace garden to support victims of sexual violence. The Innovation For Sustainable Development Awards aim to spotlight young people who are taking action in their communities by "developing solutions to overcome challenges in areas including human rights, women's empowerment, and climate change."

Harry's solo appearance comes amid news that he and Meghan Markle will be traveling to Africa in October. The royal tour will include stops in Malawi, Angola, and other areas in South Africa. According to Harper's Bazaar, baby Archie may also be coming along on the two-week trip as Harry and Meghan continue to carry out the legacy of Princess Diana's humanitarian work in the continent.

Related:
We Didn't Think Prince Harry Could Get Sexier, but Bless 2019 For Proving Us Wrong
Previous Next Start Slideshow
The RoyalsPrince HarryThe British Royals

The Royals
William and Harry Honor Princess Diana's "Love, Strength, and Character" With New Statue
by Tori Crowther 4 weeks ago