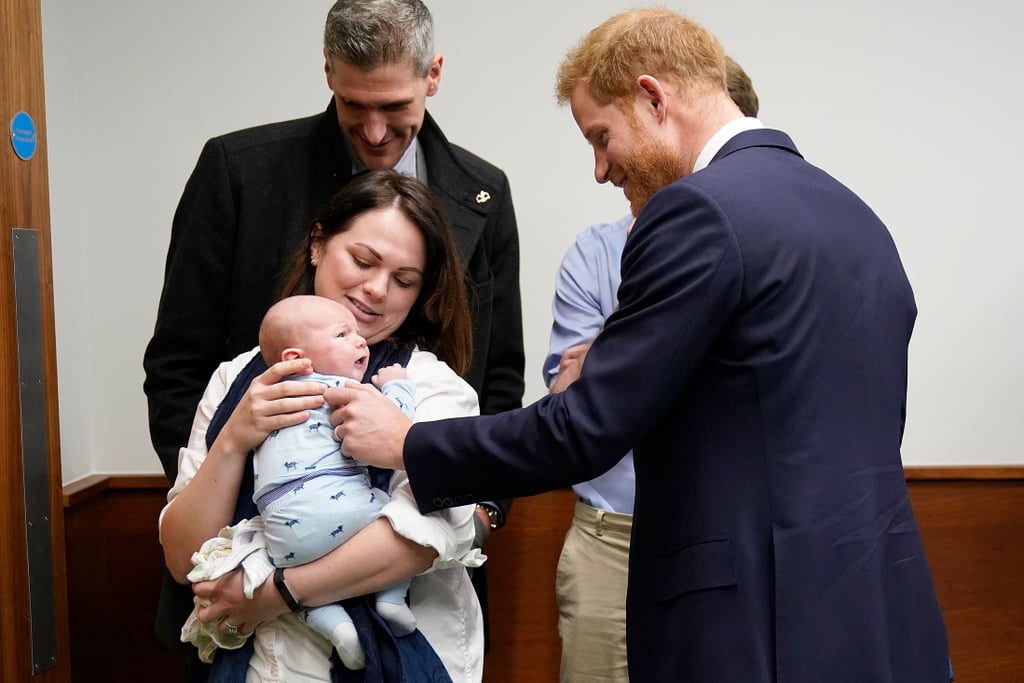 When He Rubbed a Baby's Back at the Hospital

Prince Harry might not be a dad just yet, but the baby fever is real. Back in October 2018, the Duke and Duchess of Sussex announced they are expecting their first child together, and Harry hasn't been shy about his excitement for the arrival of the new royal. During a recent visit to the Scar Free Foundation Center for Conflict Wound Research at the Institute of Translational Medicine at Queen Elizabeth Hospital in Birmingham, Harry was distracted by an adorable newborn baby and swooped in to say hello.

During his visit at the hospital, Harry walked over to baby James Chalmer, rubbing his back and fawning over him with a dreamy look in his eyes. Honestly, who wouldn't like a little attention from a royal? Well, James seemed more confused than anything and stayed curled up in his mother's arms — at least Harry got in some quality time with the little one as practice before he actually becomes a dad. Meanwhile, Meghan recently celebrated the upcoming arrival of their first baby with a star-studded baby shower in NYC.

After proving he's already a pro at cracking dad jokes and squeezing in some last-minute parenting practice, we can only imagine how big Harry's smile will be when the royal baby finally arrives. Now prepare to "aw" as you scroll through pictures of Harry smiling at babies.