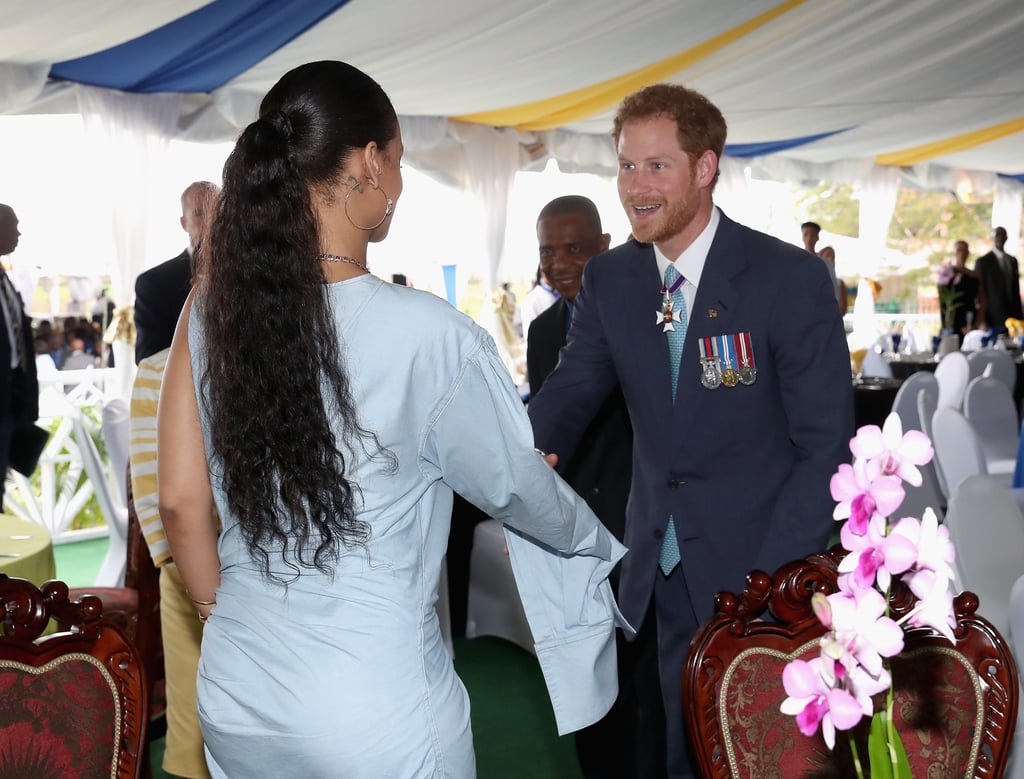 Wednesday marked 50 years of independence in Barbados, and the country pulled out all the stops to celebrate its monumental achievement. Prince Harry, who has been touring the Caribbean the past 10 days, was at the Toast to the Nation event to commemorate the benchmark, but he wasn't the only royalty to show up. Legendary pop princess Rihanna was also in attendance at the event. Later that evening, Harry and Rihanna attended the Golden Anniversary Spectacular Mega Concert at the Kensington Oval Cricket Ground, where Harry gave a speech in Queen Elizabeth II's honor. The next day, they shared an adorable hug when they attended the Man Aware event together to raise awareness for HIV and AIDS. We knew the two would cross paths before Prince Harry even embarked on his journey, but now that the day has finally arrived, we're overjoyed to see the two finally connect. Watch the beautiful moment unfold in the pictures ahead.