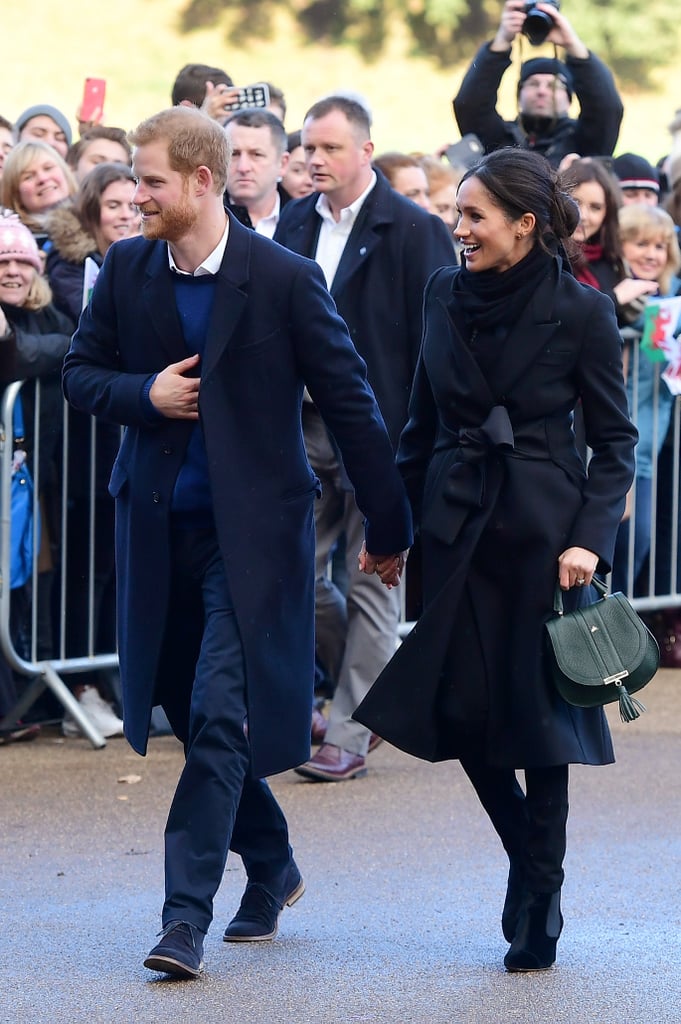 Even the royal family isn't immune to public transport delays! Just over a week after making their first official appearance of the year in London, Prince Harry and Meghan Markle traveled to Cardiff, Wales, for another royal engagement. The couple took the train to the Welsh capital and ended up arriving a lot later than planned due to a points failure on the line. When they did eventually make it to Cardiff Castle, they were greeted by large crowds, some of whom had been waiting since dawn for a chance to see the royal lovebirds in the flesh (and perhaps what Meghan was wearing). Harry and Meghan then enjoyed a tour of the castle's interiors. Later, they are set to spend time with the sports charity Street Games, which helps young people from some of the UK's most disadvantaged areas. Does this mean we'll see Meghan get sucked into some sports, like her future sister-in-law Kate Middleton has been known to do?