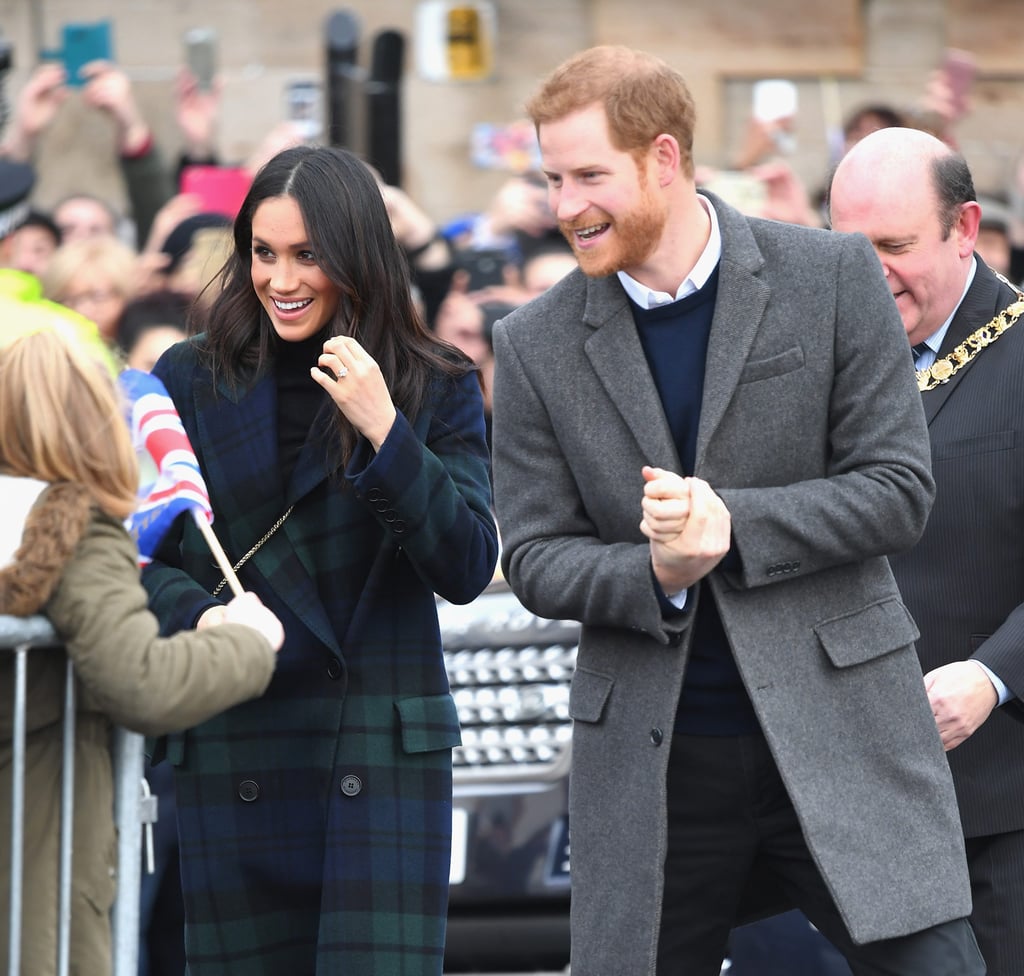 Prince Harry and Meghan Markle continued their mini-tour of the UK as they arrived in Edinburgh on Tuesday. The couple visited the Welsh capital of Cardiff in January, and now they can add Scotland to their list too. On their first joint official visit to the Scottish capital, Meghan and Harry have a packed schedule that began with the firing of the One O'clock Gun at Edinburgh castle. Arriving at the historic location, the couple smiled as they greeted the assembled crowds, chatting to excited well-wishers who'd waited all morning for a glimpse of the royal lovebirds. They also met Cruachan, an adorable Shetland pony who is the mascot of The Royal Regiment of Scotland. They later made a visit to SocialBite, a social enterprise cafe that distributes food and hot drinks to homeless people.