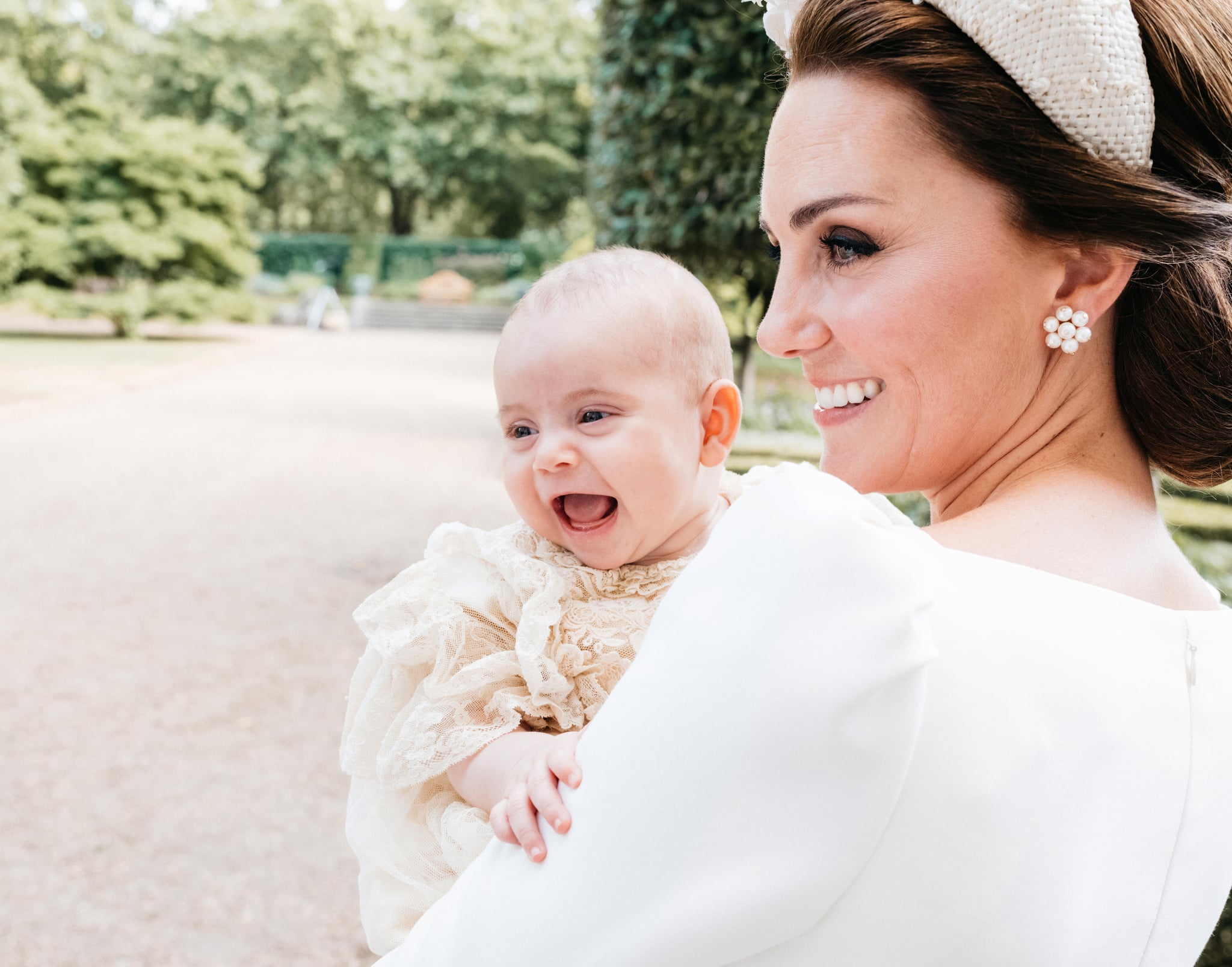 Just when we thought that Prince Louis couldn't get any cuter, the Duke and Duchess of Cambridge decided to share another adorable photograph of the little royal. In the precious snap, which was taken alongside Louis's official christening portraits, a radiant Kate can be seen cradling her laughing baby boy in her arms in the garden of Clarence House. And while we might never know what prompted such a sweet reaction from the 2-month-old, we have a feeling that cheeky Prince George and Princess Charlotte might be the reason behind those giggles.

Prince Louis's christening was the first time we got to get a glimpse of the tiny royal since his official photos with sister Charlotte in May. As the precious christening portraits were released over the weekend, Kate and William enjoyed some couple time at Wimbledon to watch the men's singles final, and the Duchess of Cambridge also spent some quality time with Meghan Markle when the duo checked out Serena Williams's match.