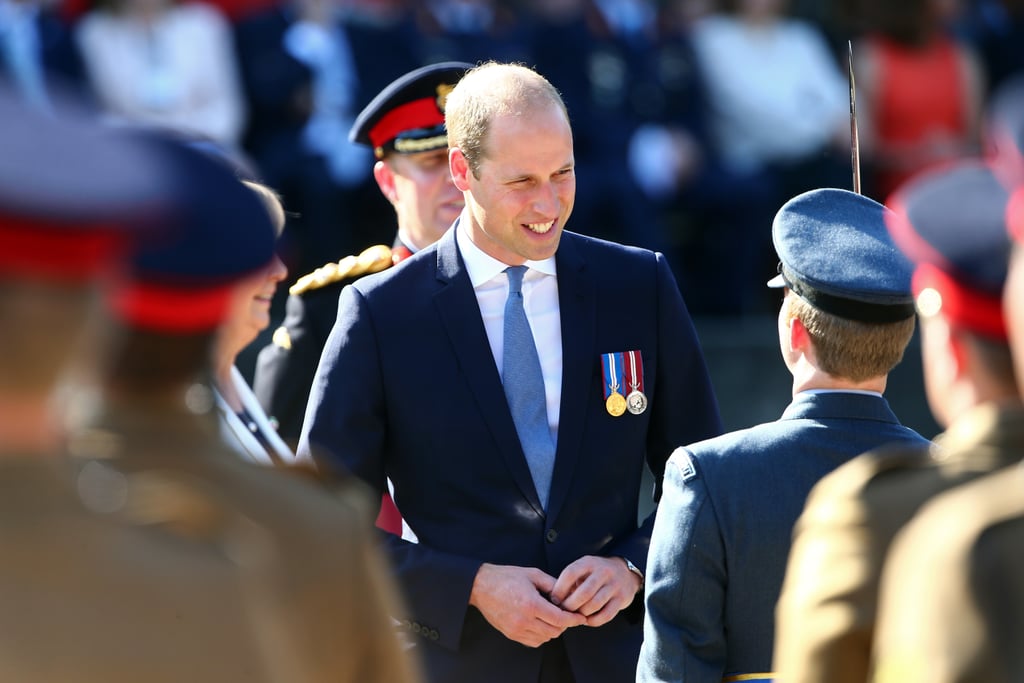 Prince William Is Delightfully Charming During His Visit to Germany

Prince William made a rather dashing appearance in Düsseldorf, Germany, on Tuesday as he helped celebrate the 70th anniversary of the creation of the state of North Rhine-Westphalia. Donning a dark suit and blue tie, the duke of Cambridge, who is in town to honor the role of the British armed forces based in Germany, seemed completely at ease as he waved to the crowd upon his arrival. Aside from greeting everyone with his warm smile, he also posed for a few photographs throughout the day at various events. The famous royal has certainly been keeping busy these past few months. Aside from making a few fun trips with his family, Kensington Palace recently announced that Prince William and Kate Middleton will be taking their two children along for their upcoming trip to Canada. Here's hoping there will be plenty of sweet sibling moments between Prince George and Princess Charlotte.