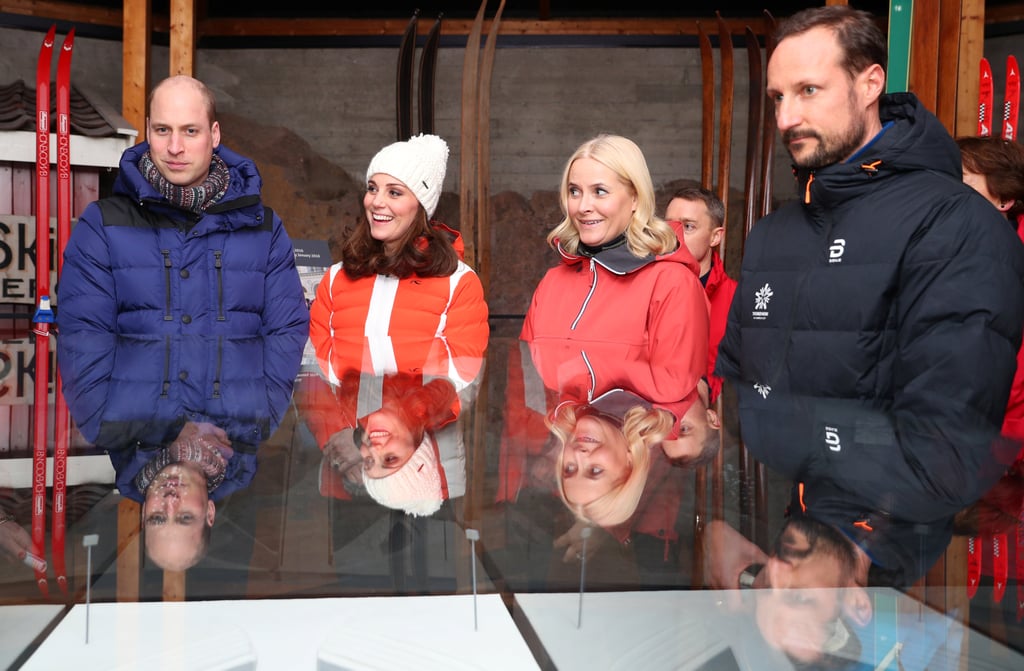 Prince William and Kate Middleton have packed a lot of activities in during their royal tour of Sweden and Norway. They started their tour on Tuesday by playing Bandy hockey and learning about the sport and proved once again that Kate is never too princessy to play sports, even while pregnant! After their morning working up a sweat, Kate and William went to a lunch at the Royal Palace of Stockholm hosted by King Carl XVI Gustaf and Queen Silvia, followed by a walk along the picturesque cobbled streets of the city with Crown Princess Victoria and Prince Daniel.

From there, the duke and duchess visited the Nobel Museum, then attended ArkDes, Sweden's national center for architecture and design. We're already exhausted just thinking about it, but the fun didn't end there. Later that evening, Will and Kate attended a black-tie dinner at the residence of the British Ambassador, along with members of the Swedish Royal Family and members of the government. On Wednesday, they explored more of Sweden with Victoria before heading to Norway on Thursday.

During the final day of their trip on Friday, the pair visited Hartvig Nissen School where the popular Norwegian television program Skam films. After mingling with the actors outside, the two put on their warmest Winter wear as they hit the Holmenkollen ski jump with a handful of adorable children.

Keep reading to see all the pictures from their short but jam-packed tour so far, and keep track of Kate's wardrobe, too.