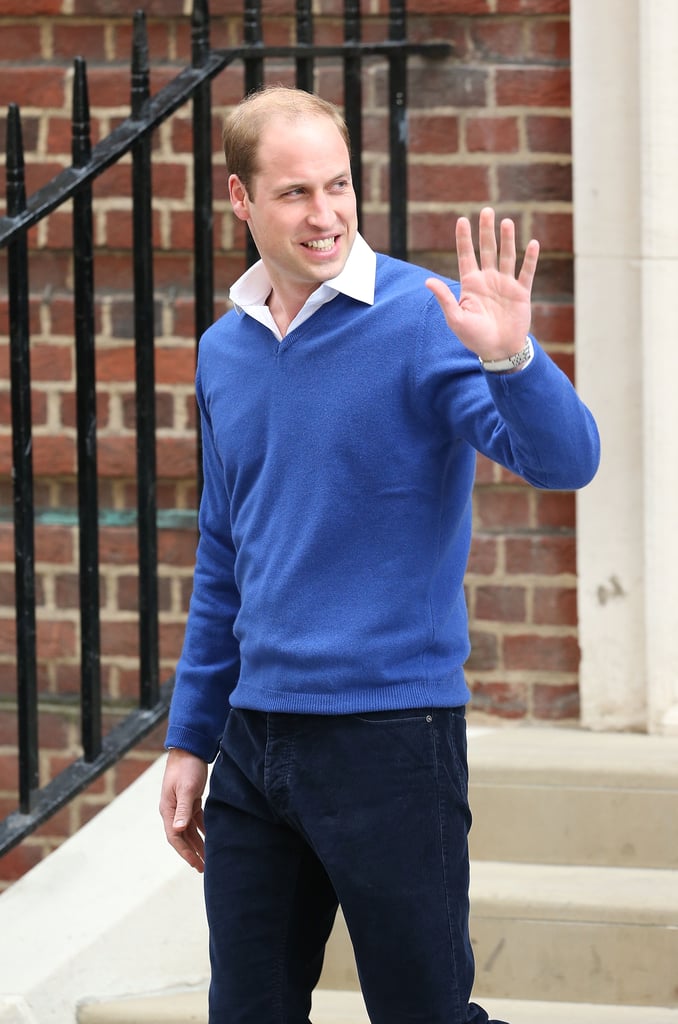 Prince William exited St. Mary's Hospital in London on Saturday, the same day the new princess was born. In a video of the appearance on Kensington Palace's Instagram, Prince William told the crowd that he's going "to pick up George." Soon, the royal returned with George, suggesting there's a big chance the family of four will appear together for the baby's reveal. The big moment will take place on the same steps where little George made his adorable debut on July 23, 2013.

The developments followed up reports that Prince William and Kate Middleton are set to introduce their new baby girl to the world within hours. Watch the live stream outside St. Mary's Hospital to see the first pictures of the new royal, who just might be joined by her big brother!