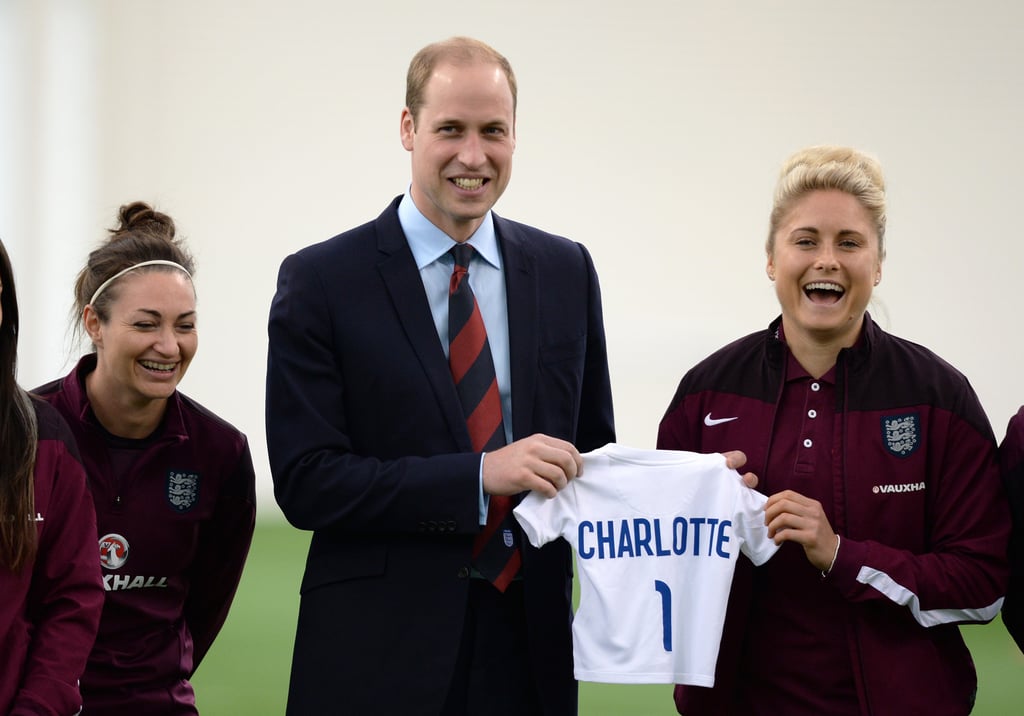 Sounds like Prince William may need a bit of sleep. The Duke of Cambridge made his way to The National Football Centre in Burton-Upon-Trent, England, on Wednesday, meeting with members of the England women's soccer team, the Lionesses, and talking about life with two little ones. The team's captain, Steph Houghton, told People that Prince William chatted with the players about his kids: "He was saying he's obviously really enjoying being a father and Princess Charlotte is actually keeping him up — and probably why his eyes are looking a little bit tired." Mentioning Prince George, she added, "He was saying he never stops moving!"

It's been just over two weeks since Prince William and Kate Middleton welcomed their baby girl, and the royal family has had the sweetest things to say about their new addition. Prince Charles said he'd been hoping for a granddaughter, calling her "beautiful," while Prince Harry revealed that he already has a collection of toys for his niece. Take a look at the cutest pictures of Princess Charlotte so far, plus 14 life lessons Prince George will teach her.