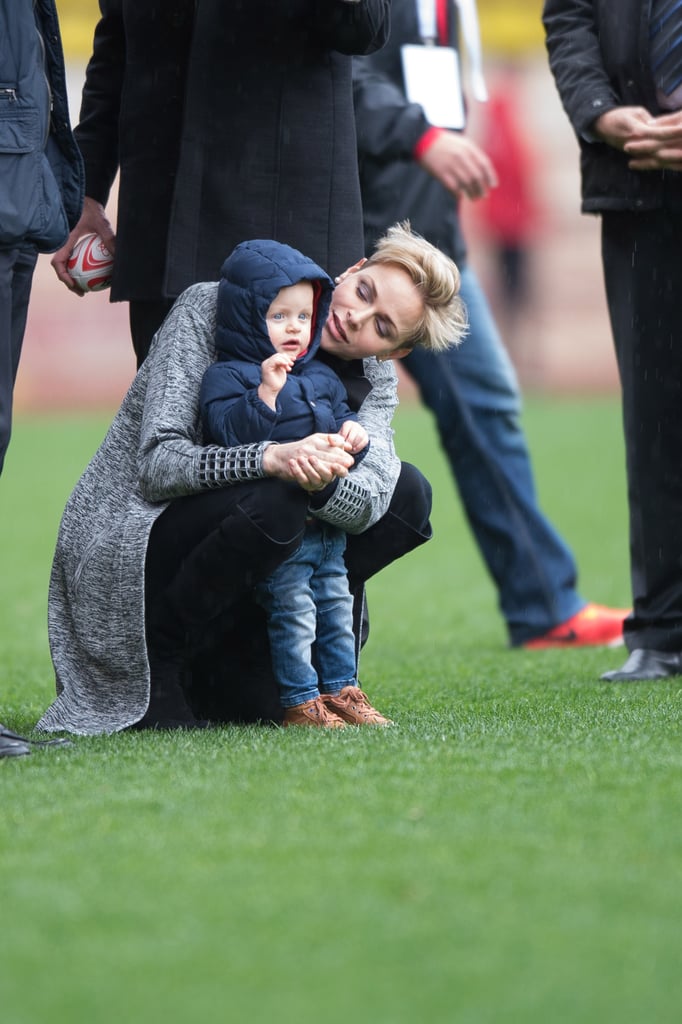 Princess Charlene had a very special — and tiny — date for the 6th Sainte Devote Rugby Tournament at Stade Louis II in Monaco on Saturday: her 1-year-old son, Prince Jacques! The stylish royal looked chic in a long sweater and boots, while little Jacques stayed bundled up in a puffy hooded jacket. The two shared a special moment together while checking out the match and trying to avoid the rain. Also in attendance was Charlene's husband, Prince Albert II, who kept watch over their son while Charlene met with the young players and presented a trophy to the winning team — but missing from the fun was the royal pair's daughter and Jacques's twin, Gabriella.

Charlene and Albert welcomed the twins in December 2014 and marked the occasion with official portraits and later their first public appearance and picture-perfect baptism. The new additions replaced Albert's older sister, Princess Caroline, as the heirs to the throne. Keep reading to see Charlene and Jacques's cute day on the field.

Post Malone
Post Malone Isn't Sure If His Daughter Likes His Music Yet: "I Got to Let Her Decide"
by Sabienna Bowman 16 hours ago