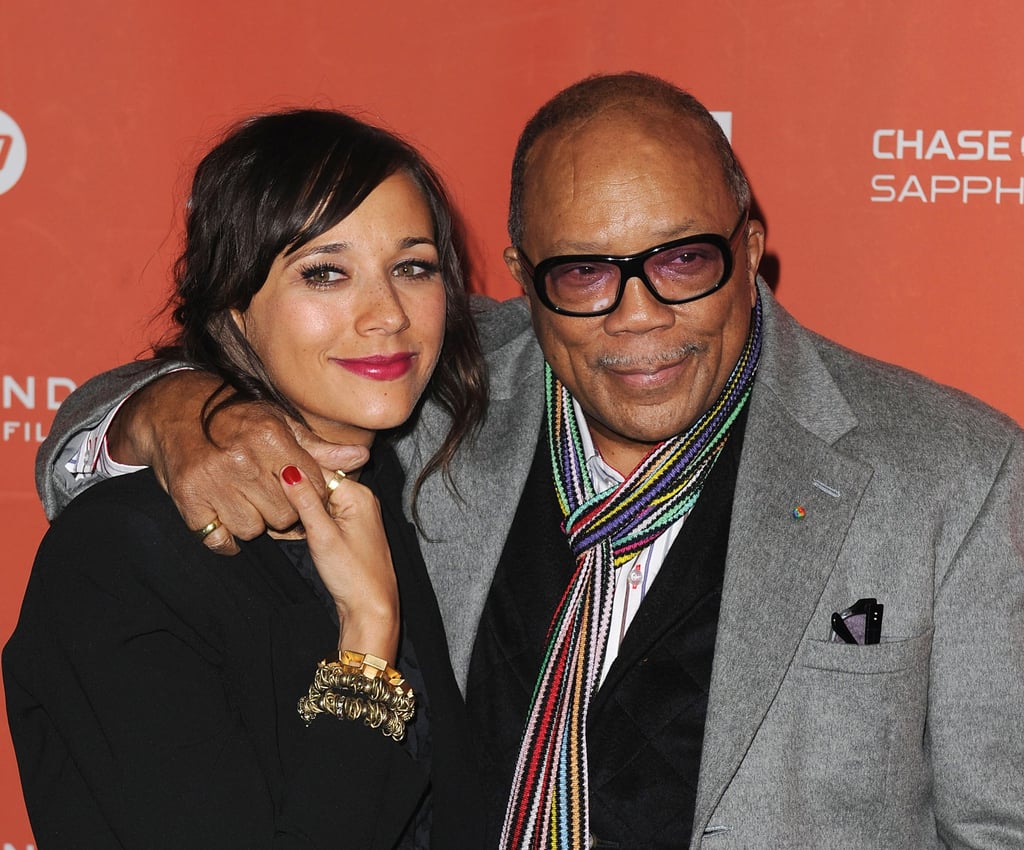 Quincy and Rashida Jones are one of the sweetest Hollywood father-daughter duos. Legendary record producer Quincy and his actress daughter Rashida can often be found at events together and arm in arm on a red carpet. Quincy loves to show off his daughter and all her hard work, and in turn, Rashida decided to make a documentary about her dad's life and career. She recently told The Hollywood Reporter, "My dad's story is also the story of black America. He was born in the '30s . . . so we're dealing with a lot of race stuff in this country and it's important to tell the stories of the past."

She cowrote and codirected the documentary, appropriately called Quincy, coming to Netflix on Sept. 21. The film covers his decades-long career in music and the impact he's had on the industry, as well as his personal life and personal struggles.

Take a look at the sweet photos of Rashida and Quincy ahead, and make sure to check out Quincy on Netflix starting Sept. 21.

by Joely Chilcott 49 minutes ago