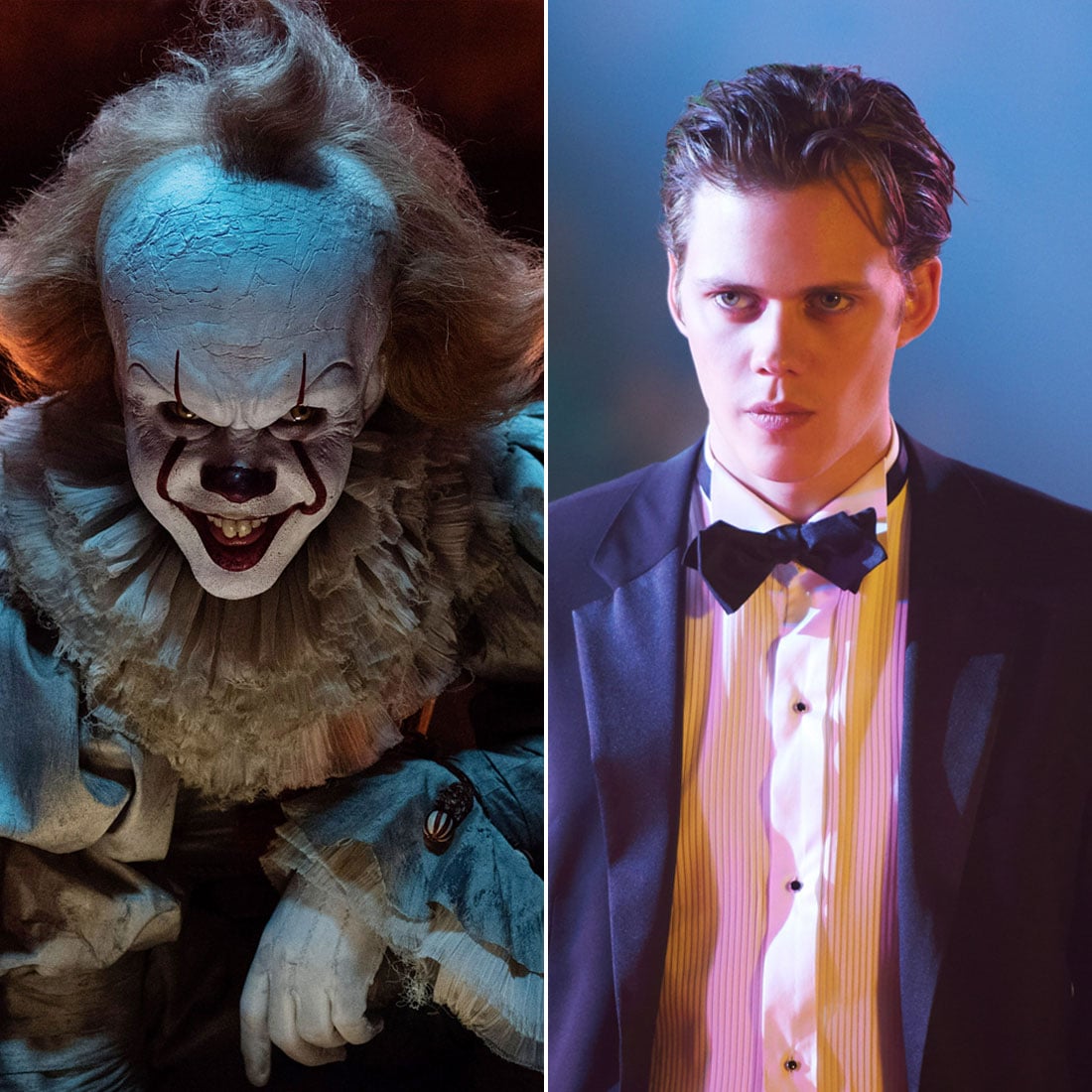 The highly anticipated remake of Stephen King's It hit theaters this month just in time to kick-start your nightmares ahead of Halloween. While many people lost sleep and probably a few bodily fluids due to the terrifying nature of the film, there are also some very strong reactions about something else: finding out Pennywise, aka Bill Skarsgard, is hot as hell in real life. People were understandably shook after googling the handsome actor and realizing there is nothing scary about him once you take away the clown makeup. Between his beautiful eyes and perfect smolder, we agree with these hilarious reactions.

Related:
Where You've Seen Bill Skarsgard Before (Besides the Scary It Clown Suit)

so this is the man playing pennywise the clown? catch me in the sewer floating sis! pic.twitter.com/a9pIZHvNNd

If only every clown looked like Bill Skarsgård #ITMovie

Cigar smoking Bill Skarsgard is hot...but I never forget that he is a child eating clown that will haunt my nightmares forever #ITMovie pic.twitter.com/1HuJdTCHOG

Kinda hard to be scared during #ITMovie when Bill Skarsgard is daddy. 🤷🏻‍♀️

Demonic clown MY ASS. Bill Skarsgard is bae. Here's a thread of Bill and his beautiful face. #ITMovie pic.twitter.com/6LDKNaJ2qu

me bc bill skarsgård is finally getting the recognition he deserves #ITMovie pic.twitter.com/02giHdj5jq

Was anyone else uncomfortably aware that under the Pennywise makeup it was Bill Skarsgard and, therefore, strangely attracted? #ITMovie

It's 6am & I STILL haven't gone to sleep cause Im scared to have nightmares cuz of the #ITMovie I hope I dream of a non clown Bill Skarsgård pic.twitter.com/SRKWgPuZoD

Full disclaimer: Bill Skarsgård could GET IT in full Pennywise garb #ITmovie pic.twitter.com/dYiUavFcLI