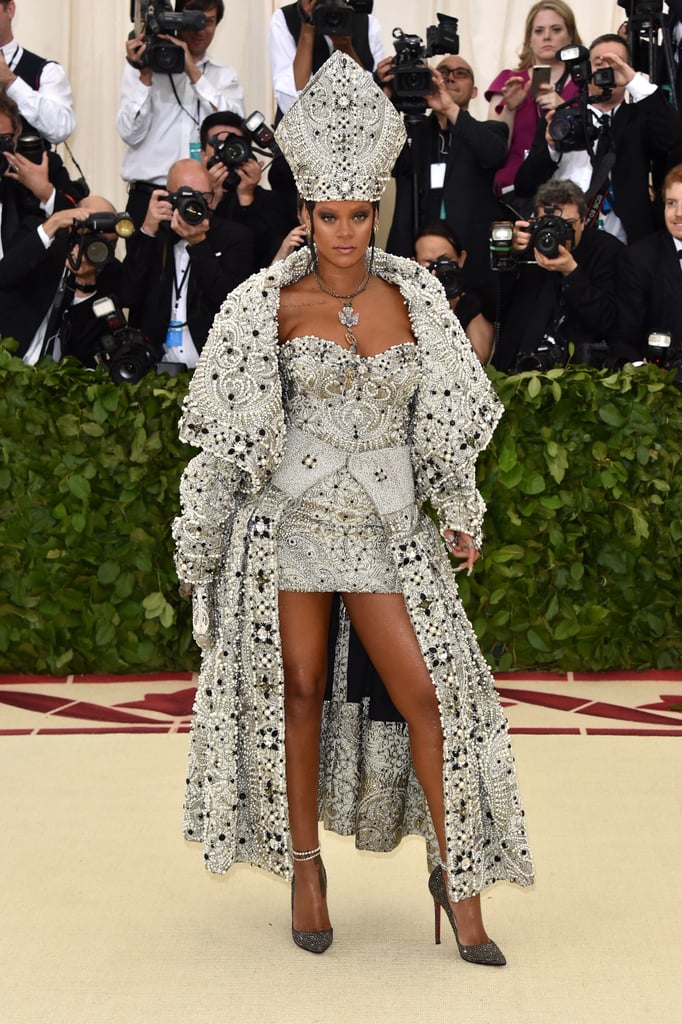 Rihanna "Out Poped the Pope" at the Met Gala, and Everyone Is Bowing Down to Worship Her

Religious views: Robyn Rihanna Fenty. During Monday night's Met Gala, the 2018 cohost went above and beyond our wildest dreams, wearing an embellished white minidress, a cape, and a headpiece that would have even Pope Francis bowing down. With an extravagant theme like "Heavenly Bodies: Fashion and the Catholic Imagination," Rihanna's Margiela gown had heads turning and jaws dropping on the red carpet, but it was on the internet where fans just could not fathom the "Queen of the Catholic Church." Year after year, the Vogue cover star wows us with her looks, but this year, she has everyone converting to Fentyism. Read on to see how the internet reacted to the religious experience that was Rihanna.

Related:
Holy PDA! The Met Gala Was Definitely the Place to Be For Celebrity Couples
Previous Next Start Slideshow
RihannaMet GalaRed Carpet

Oscars
Rihanna Earns First Oscar Nomination For "Lift Me Up" From "Black Panther: Wakanda Forever"
by Njera Perkins 3 days ago