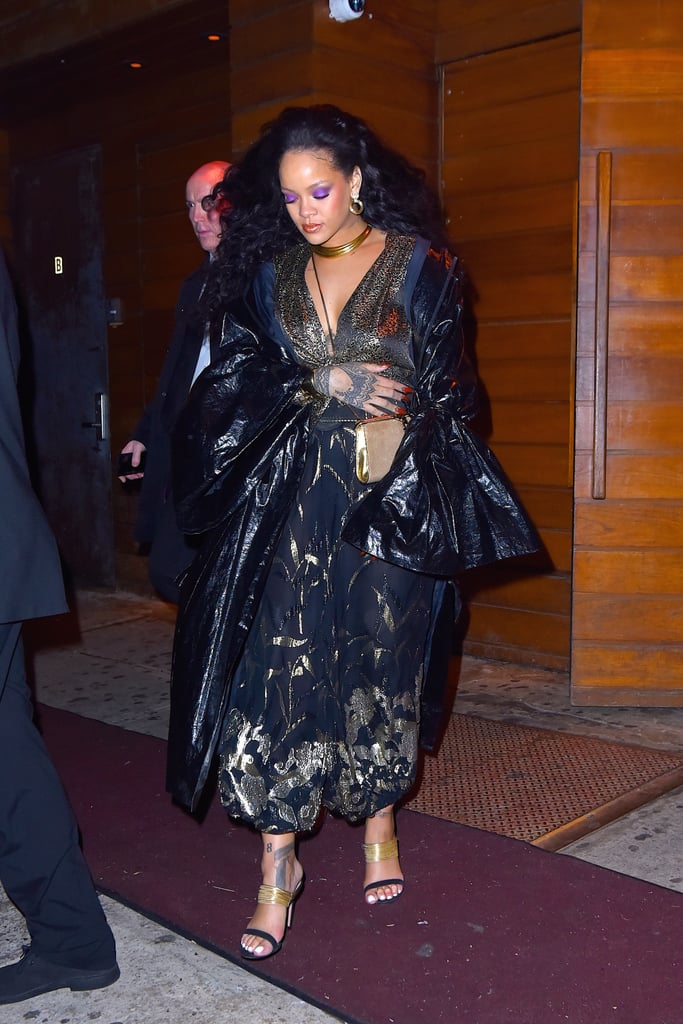 After a fun-filled night at the Grammys on Sunday, Rihanna ended things on a high note by hitting the town with her man, Hassan Jameel. The "Loyalty" singer, who took home best rap performance with Kendrick Lamar, attended an after party in NYC with her billionaire boyfriend until the wee hours of the morning. Although the pair didn't pose for any photos together, they were spotted leaving 1 OAK a few minutes after each other in separate rides. While Rihanna looked stunning, per usual, in a metallic dress, her boyfriend kept things casual in a gray shirt and black hoodie.

The two first caused romance rumors in June, when they were spotted kissing in a pool in Spain. Although Rihanna has often kept mum about the state of her love life, that didn't stop fans from losing their cool on social media. From her personal life to her professional life, it goes without saying that Rihanna is clearly winning right now.