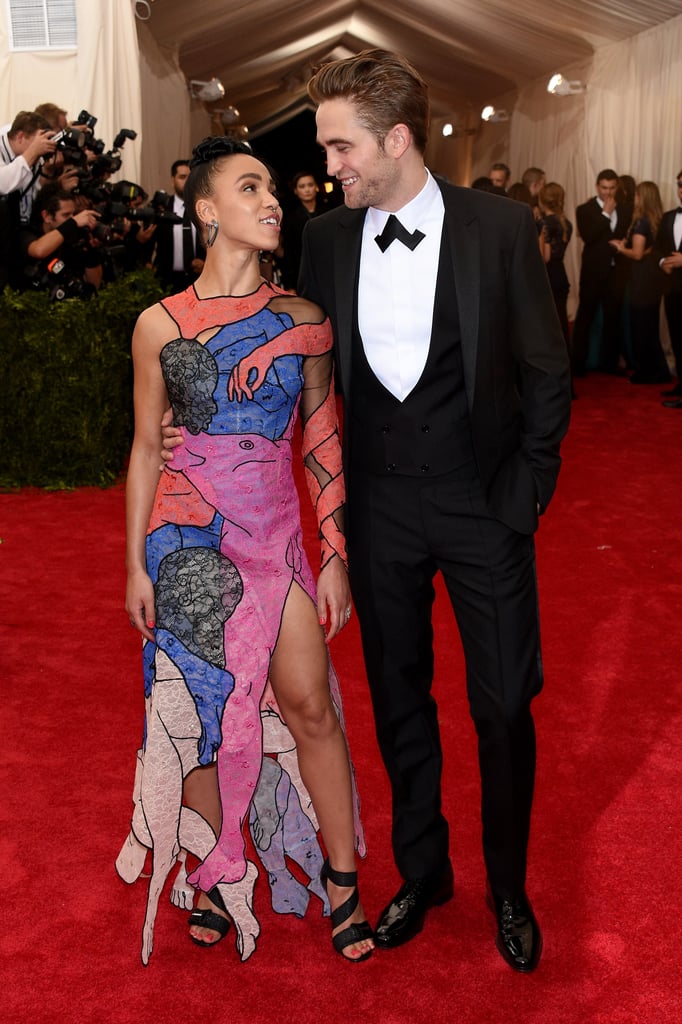 Robert Pattinson and FKA Twigs surprised fans by showing up at the Met Gala in NYC on Monday night. The couple made their way to the East Coast on Sunday and stepped out for a dinner date later that night holding hands. Monday's event is Rob and Twigs's first official red carpet appearance ever and since news of their engagement was confirmed in early April. Twig's engagement ring was on display as she posed for photographers alongside Rob. There are even more stars at the annual event, so make sure to check out all the hot couples and see what everyone's wearing.