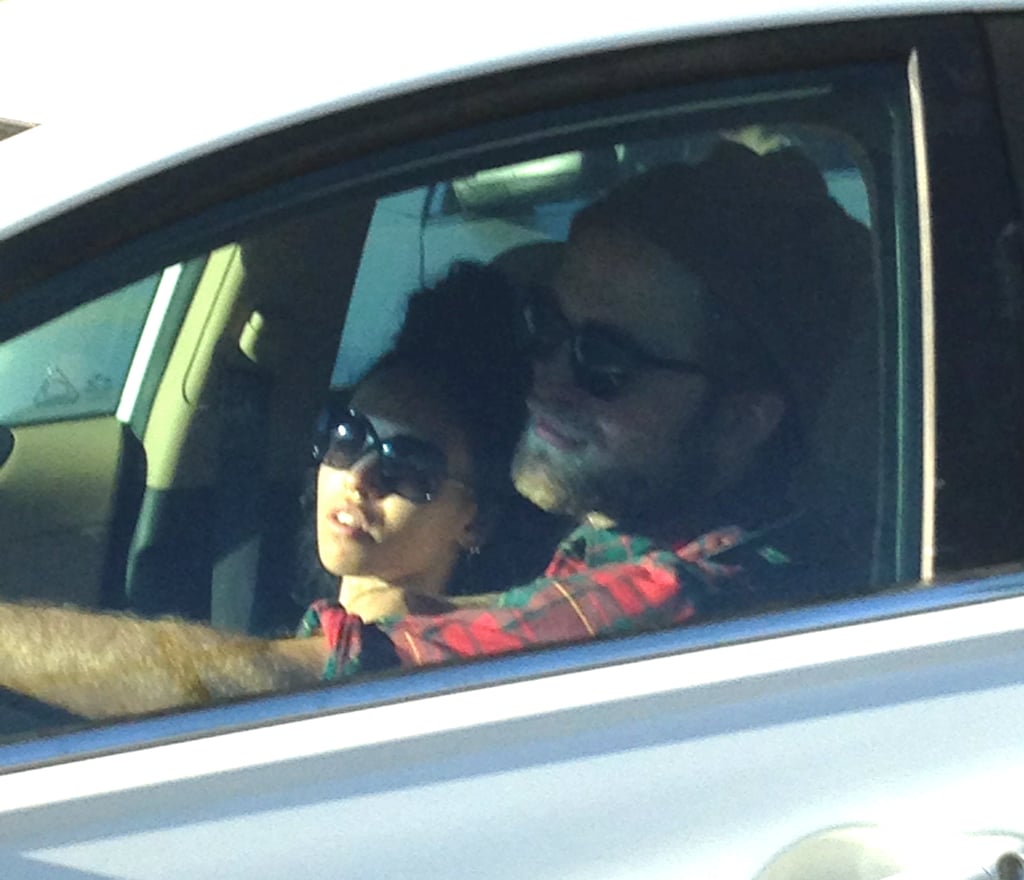 It looks like things might be getting serious between Robert Pattinson and his rumored new girlfriend, FKA Twigs. The two held hands while walking around Venice Beach, CA, over the weekend and on Monday were seen cuddling in Rob's car while driving around LA. Their PDA comes a few weeks after they stepped out together in NYC. FKA Twigs traveled to LA during a short break from her current tour to promote her new album, LP1. The British singer will soon be on the move again as she gears up for another round of shows in Europe and the US starting in early October. Neither Rob nor FKA Twigs has publicly commented on their romance, although FKA Twigs did share cryptic lyrics on Twitter shortly after their romance went public, writing, "He told me he would lasso the moon if I wanted it, but I've never really cared for the sky. So then he said he would gather me all the marble slavs in the world, and that's how I knew . . . he asked me to enable my location finger but I was scared he would find out I'd been under his skin the whole time."

by Alexis Jones 11 minutes ago