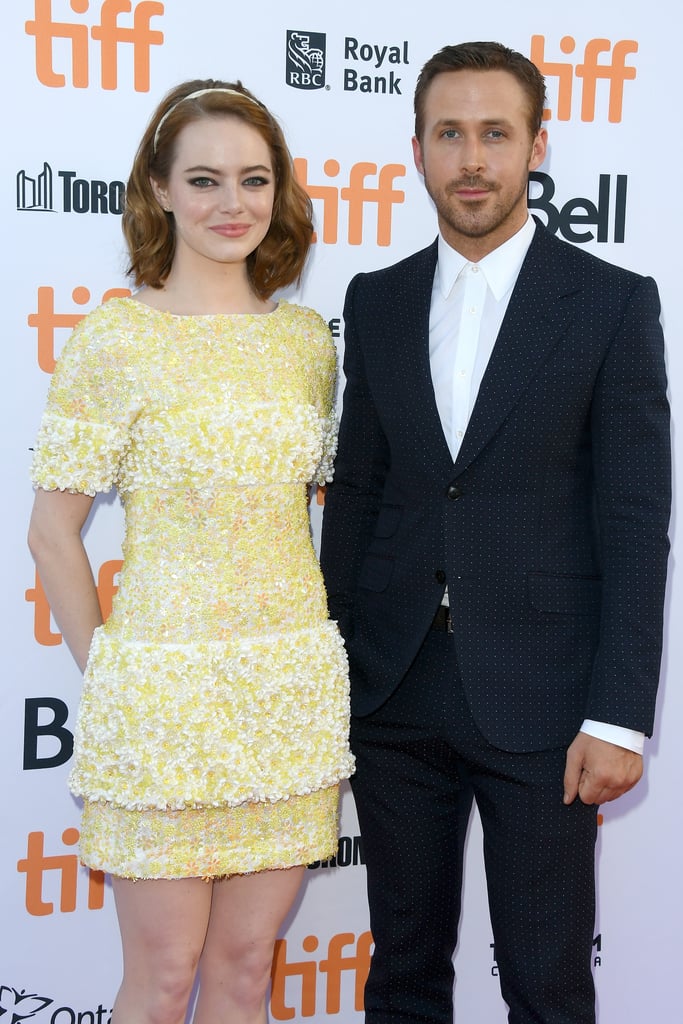 Emma Stone and Ryan Gosling made a gorgeous appearance at the Toronto International Film Festival premiere of their new movie La La Land on Monday. The stars made their way down the red carpet separately, but stopped to pose for pictures together before heading inside the theater. In the musical, Ryan and Emma play love interests whose relationship goes through ups and downs as they struggle to make it in Hollywood. Of course, this isn't the first time Ryan and Emma have appeared in a movie together. In 2011, the pair partnered up for Crazy, Stupid Love, and two years later, they reunited in Gangster Squad.