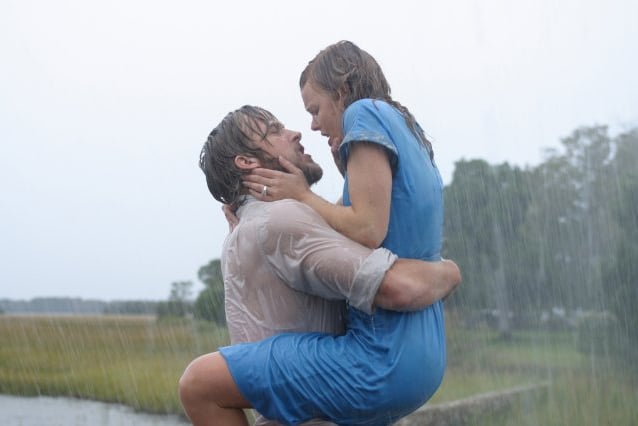 While we all fell for Ryan Gosling and Rachel McAdams's amazing chemistry in The Notebook, it turns out that things weren't always lovey-dovey behind the scenes. Director Nick Cassavetes recently revealed that Ryan once tried to get Rachel thrown off the movie because he couldn't work with her. "Maybe I'm not supposed to tell this story, but they were really not getting along one day on set. Really not," the director said. "And Ryan came to me, and there's 150 people standing in this big scene, and he says, 'Nick, come here.' And he's doing a scene with Rachel, and he says, 'Would you take her out of here and bring in another actress to read off camera with me?' I said, 'What?' He says, 'I can't. I can't do it with her. I'm just not getting anything from this.'" Apparently, Rachel and Ryan then went into a room, where they were "yelling and screaming at each other" but eventually started to get along. "I think Ryan respected her for standing up for her character, and Rachel was happy to get that out in the open," Nick said. Of course, the two then went on to date from 2005 to 2007, so clearly they were able to move past their on-set troubles.

Celebrity News
Can't Keep Up With Kim Kardashian and Kanye West's Divorce? Here Are All the Details
by Corinne Sullivan 20 hours ago