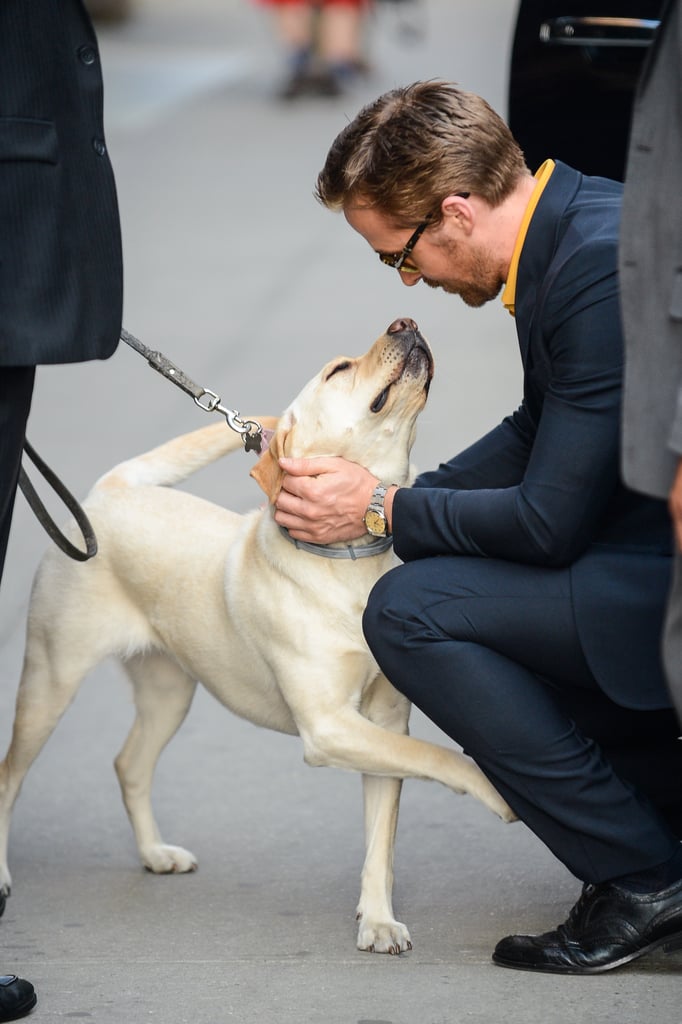 Ryan Gosling is really living his best life right now. The Nice Guys actor stepped out in New York City on Thursday and made a new friend while making his way into the Ed Sullivan Theater for an appearance on The Late Show With Stephen Colbert. Ryan, who recently welcomed his second child, a daughter, with Eva Mendes, attracted the attention of an adorable dog after getting out of his car. After snapping a few selfies with fans, Ryan bent down to pet the obviously thrilled animal.

The sweet outing comes on the heels of a busy few days for the actor. In addition to making a hilarious appearance on Jimmy Kimmel with Will Ferrell, Ryan also let a fan straddle him, opened up about his "angels" on GMA, looked ridiculously handsome on the red carpet, and shared a sweet story about daughter Esmeralda on The Ellen DeGeneres Show.

Previous Next Start Slideshow
Ryan Gosling
Around The Web