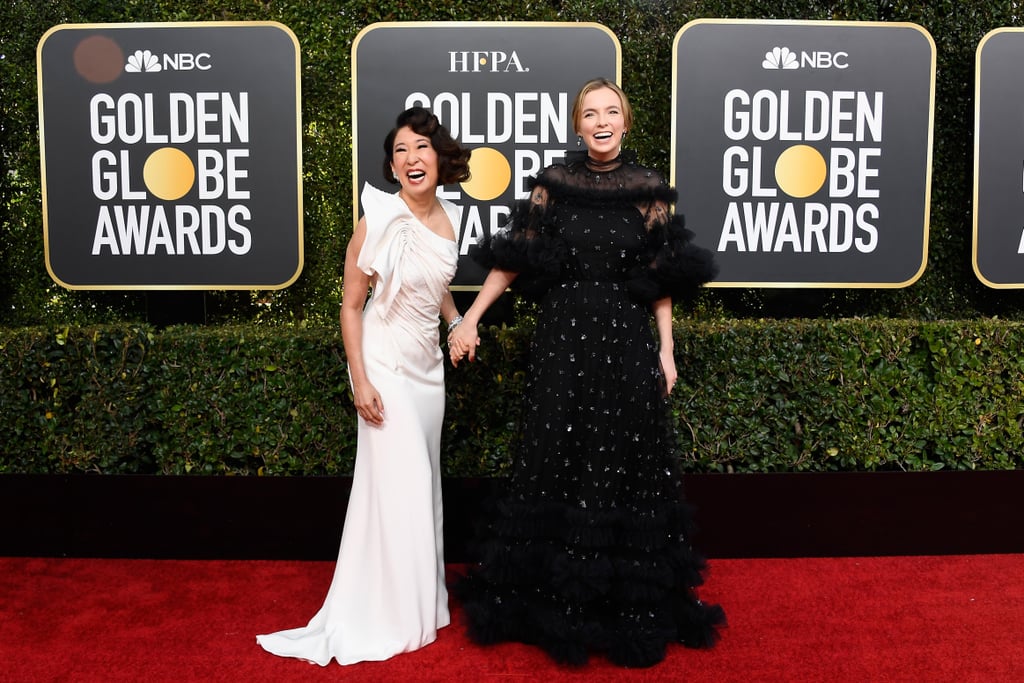 Talk about friendship goals! Sandra Oh kicked off her big Golden Globes night by bringing Killing Eve costar Jodie Comer as her date. Sandra and Jodie arrived on the red carpet looking radiant as they stood side by side, holding each other's hands. Sandra stunned in a white gown while Jodie rocked a flowy black ensemble with ruffle details.

It makes perfect sense that the powerful duo arrived together, considering their strong onscreen chemistry in Killing Eve. In the series, which premiered in May 2018, Sandra plays British intelligence agent Eve Polastri, and Jodie portrays Villanelle. Although their characters technically started off as enemies, some romantic feelings between them have developed.

Killing Eve, recently renewed for a second season, is up for a Golden Globe in the best TV series category, and Sandra Oh is nominated as best actress for her role in the show. Not to mention, Sandra will make history as the first Asian woman and Canadian to host the Golden Globes when she hits the stage alongside Andy Samberg.

If her red carpet arrival is any indication of what's to come tonight, we're in for a real treat. See photos of Sandra and Jodie working it ahead!