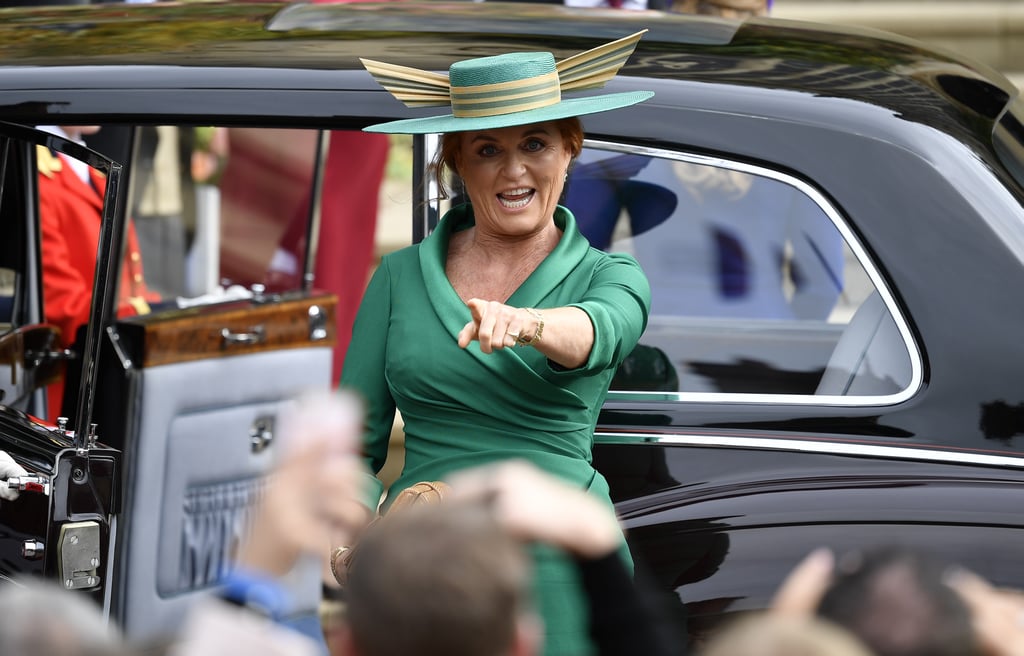 Sarah Ferguson was absolutely beaming as she arrived in style for her daughter Princess Eugenie's wedding in Windsor, England, on Friday. Clad in a fitted green dress and fanciful winged hat, Sarah was all smiles as she waved to the crowd while making her way into St. George's Chapel for the nuptials. She was also seen greeting photographers and journalists and chatting with daughter Beatrice inside the church. According to palace sources, Fergie was "very involved" in the planning of Eugenie's wedding, and by the looks of it, she was proud of the finished product.

Sarah and Prince Andrew welcomed Eugenie in 1990, and though their marriage came to an end six years later, they have stayed the best of friends. Despite their close relationship, Andrew's father, Prince Philip, has held a decades-long grudge against Sarah since her scandal-fueled separation from Andrew, and the rift was rumored to keep him from attending his granddaughter's wedding ceremony. Alas, the 97-year-old was front and center for the big day. Maybe a hatchet is being buried? Judging by these photos, Sarah was having too great of a time to be bothered about it — read through to see her in the spotlight.