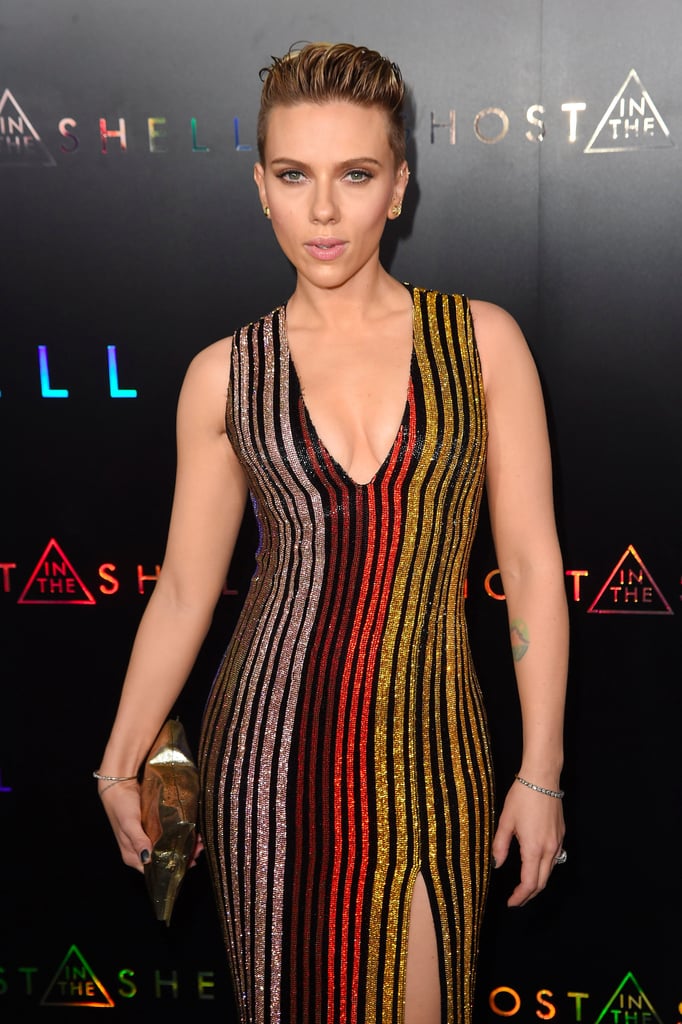 We hope the red carpet at Wednesday night's premiere of Ghost in the Shell had some fire extinguishers handy, because Scarlett Johansson basically lit the place on fire. The actress, who stars in the remake of the iconic Japanese anime film, attended the New York City premiere looking all kinds of gorgeous. After arriving at AMC's Lincoln Square Theater with her twin brother, Hunter, the actress posed for photos on the carpet in a stunning Balmain rainbow dress and Sophia Webster shoes. Despite her recent split from her husband of two years, Romain Dauriac, the mother of daughter Rose seems to be doing just fine.

Hocus Pocus
What It Was Like on the "Hocus Pocus 2" Set, From an Extra Who Lived the Magical Experience
by Lindsay Kimble 14 hours ago