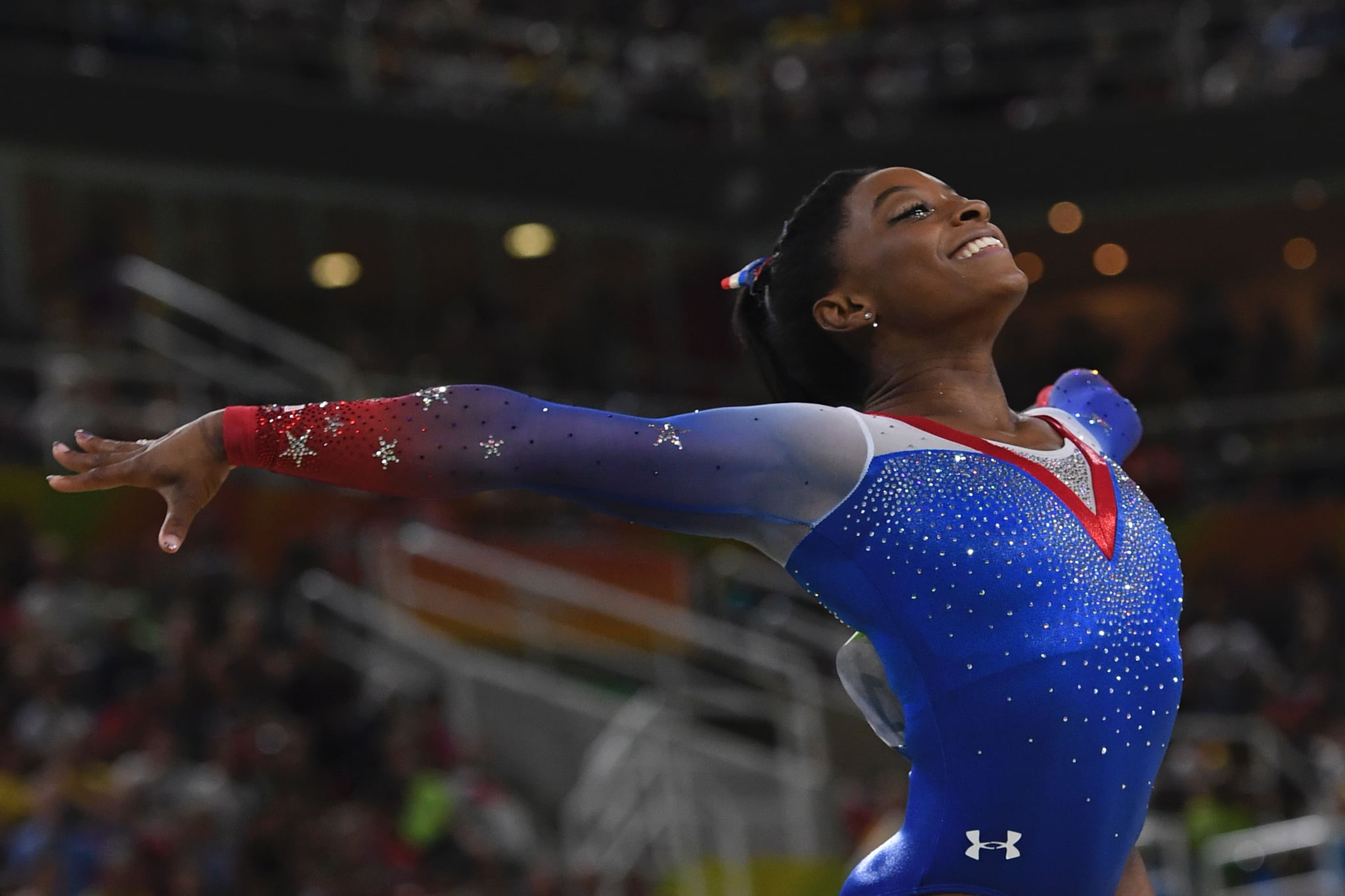 Simone Biles admits the full gravity of her athletic achievements — four gold medals, one bronze — at the 2016 Rio Games doesn't seem quite real yet. "We've just been so busy," she told us over the phone from Rio on Friday. "I guess it's just not finished enough to let it sink in and talk about it. But it's been an amazing journey." The journey included making history, as The Final Five racked up nine medals in both group and individual events, breaking the record for the most medals won by any US women's gymnastics team in Olympics history. (The journey also included a cameo from Biles's celebrity crush, Zac Efron.) We talked to Simone about her 2020 Olympics future, setting a positive example for little girls everywhere, and those Dancing With the Stars rumors. 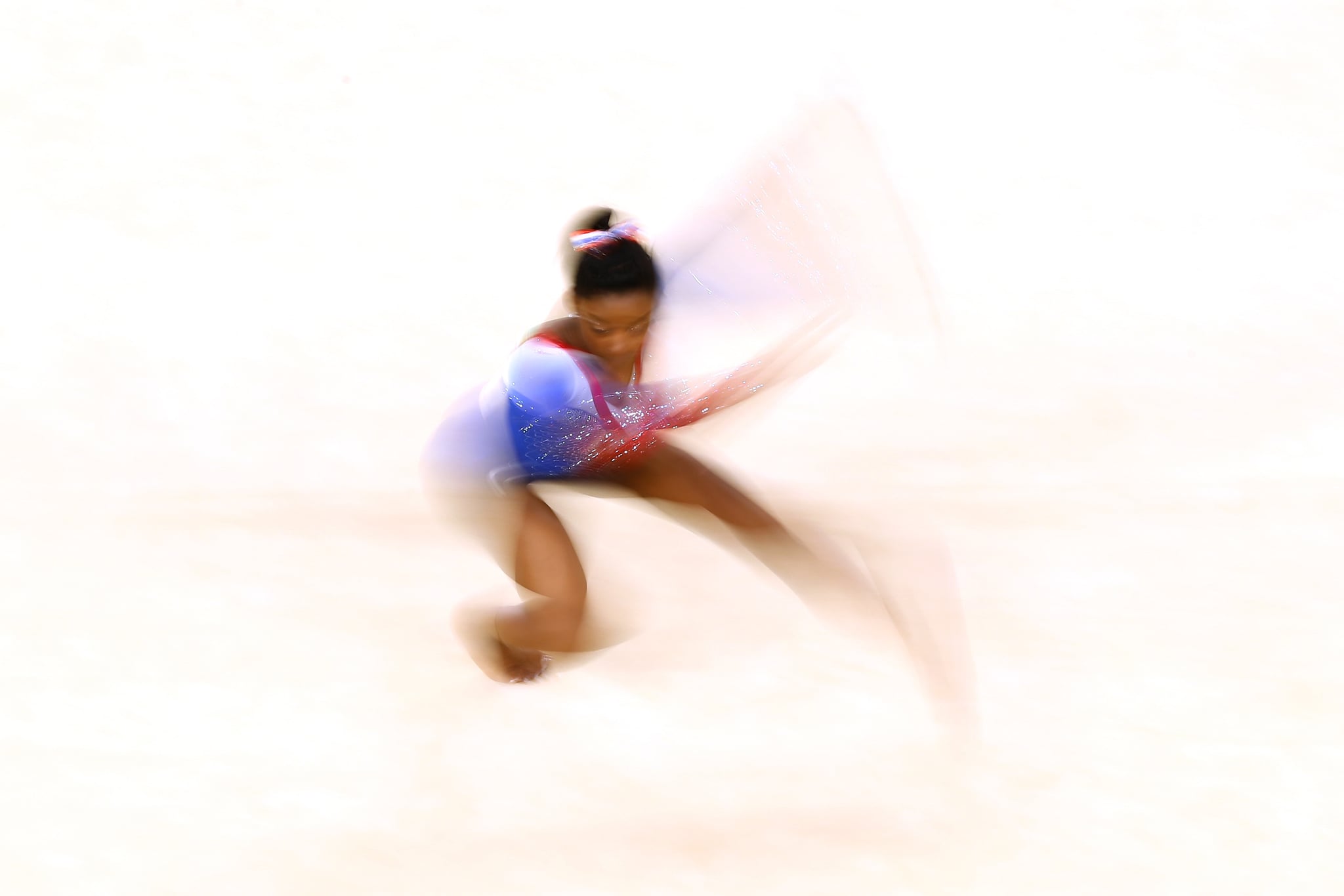 POPSUGAR: After your performance this year, it's hard to think of room for improvement. How will you raise the bar for yourself in 2020?

Simone Biles: That's still a long ways away, and we haven't even closed out these Olympic games! It's kind of crazy to think about that. I don't even know what I'm doing in four months! Next I'm focused on the Kellogs Gymnastics Tour. We're hitting 36 cities.

PS: You also sparked a lot of conversation and understanding about adoption, via your own story, during the Games. Have you heard from any young people who have thanked you for being such a positive example of what family means?

SB: I know a lot of things come in and out. But I would hope I would inspire kids everywhere to know that you can do anything you put your mind to.

PS: Your commercial for Tide Pods has been playing during the Olympics. It's adorable. Is there any more acting in your future? Was shooting the ad fun?

SB: It was different, but it was fun. I had a good time but I personally don't think [I'd act] because it's so hard to get into.

SB: Yes, because when I was younger people would always say, "You're so short." So I would step down. But now, I can almost do more because I'm small. Most gymnasts are short. 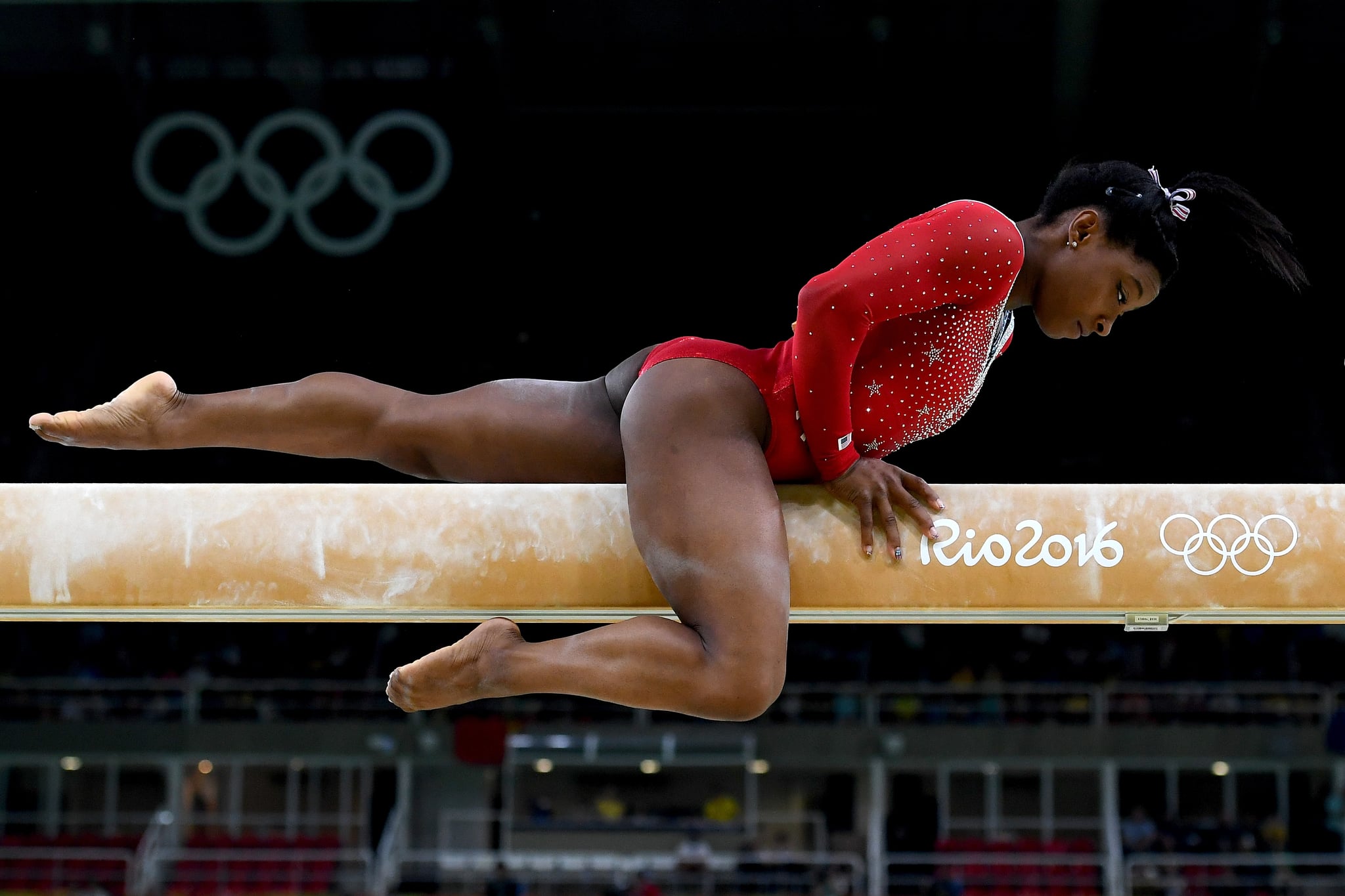 Simone Biles on the beam in Rio

PS: There are also rumors that you might join Dancing With the Stars. What can you say about that?

SB: I would love to do that. We're going to do the tour first off. I'm not sure I'm going to have time, but I think it would be awesome to join a Spring season.

PS: What's the one thought or mantra that goes through your mind before you step out on the floor to compete?

PS: What's the one item that's always in your makeup bag?

PS: What's the one meal you love to eat after a major competition?

PS: What's the one song you've been using to psych yourself up?

SB: Me and the girls, we like to play "Final Song" by MØ.

Kobe Bryant
Michael Jordan Revealed His Last Text Exchange With Kobe Bryant, and It's Bittersweet
by Kelsie Gibson 11 hours ago

Music
Tell Me Más: Paloma Mami on Pastelera, Jordan 11s, and the Songs That Get Her Hyped
by Irene San Segundo 13 hours ago

Olympics
Ever Wondered Why Divers Wear Wrist Guards? An Athlete From Team USA Breaks It Down
by Emily Weaver 2 days ago