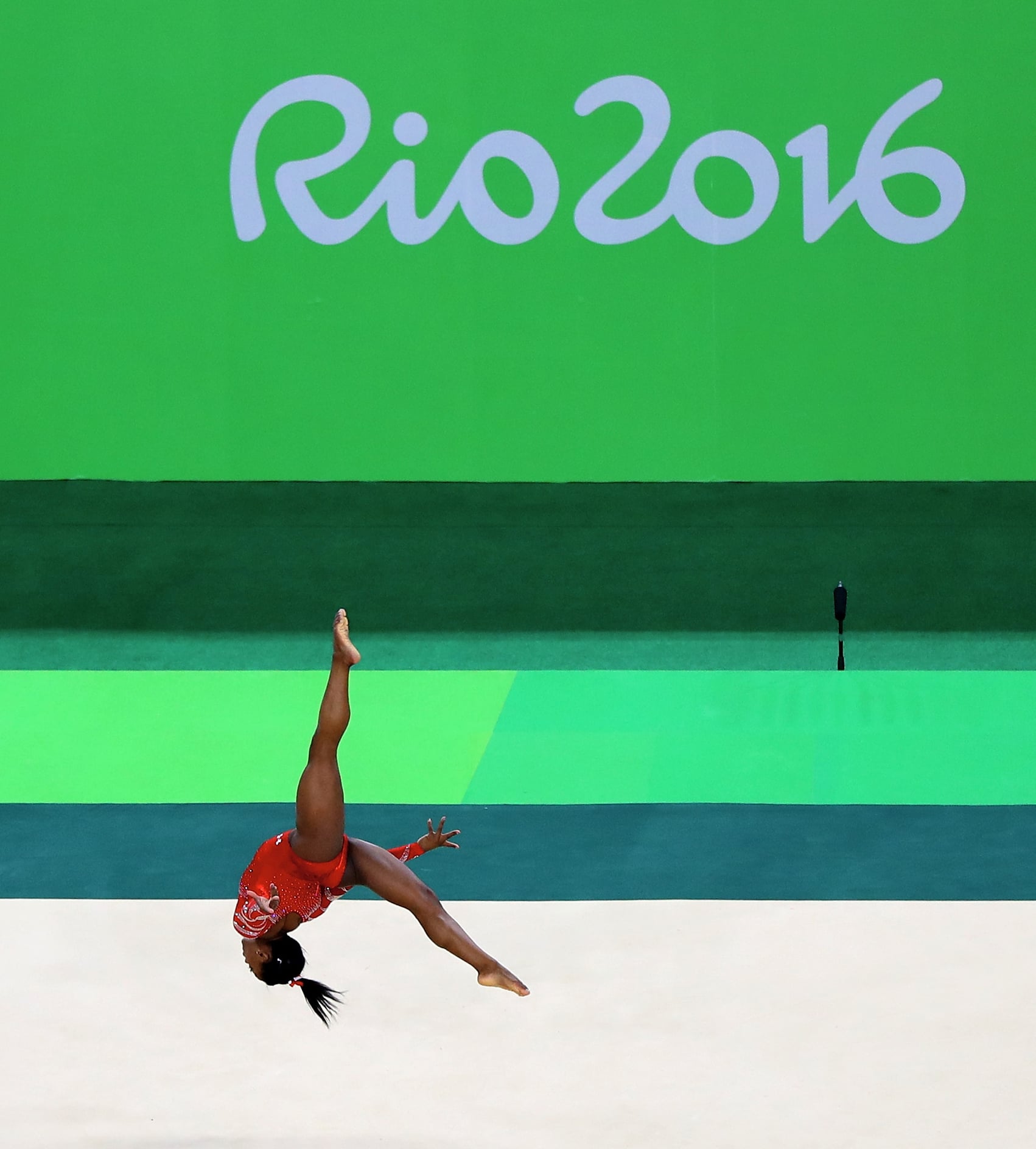 Listening to Simone Biles talk about her love of shopping or her favorite lip gloss, she sounds like any other American teenager. But looking at the 19-year-old gymnast tells another story. She may be small, but she's built like a superhero. Her 4' 8" frame is packed with muscle. With this compact strength, Simone is pushing gymnastics to a new level by performing the most difficult moves ever seen in competition (learn more about the evolution of gymnastics from this video created by one of her sponsors, Tide Pods).

After she handily won the Olympic team trials in early July, I was able to sit down with Simone and talk about her training (two three-hour workouts daily and lots of ab work) and diet (mostly lean protein and veggies). But I was interested in how she handles fear. From my perspective, a person whose only tumbling feat is the simple cartwheel, the complicated flying tricks and acrobatic skills required in competitive gymnastics leave me dumbfounded, like jaw on the floor dumbfounded. These flying feats seem beyond frightening.

Simone, though, takes it all in stride. She has a rather zen-like approach when faced with mastering a new skill, "Sometimes you're a little bit scared, but most of the time . . . you're really just excited about it. So you just kind of throw fear out of the way." Sounds simple enough, but when I pressed her on how she tosses the fear aside, she replied, "Whenever I'm afraid of a skill, I count to three and hope for the best." Wow! This is an athlete that completely trusts her abilities and performs in the now; for Simone there is no time for head games as she competes for gold.

It's no surprise that her favorite event is the floor. She explained, "I feel like you get to show off your personality because a lot of the time they [the judges] just see us serious on the other events, but floor you can kind of show it off." And show off she does. Look for Simone to perform her eponymous move, now officially referred to as The Biles, in her floor routine: a double layout with a half twist and a blind landing. And it is clear she tossed her fear aside while learning this dazzling move.