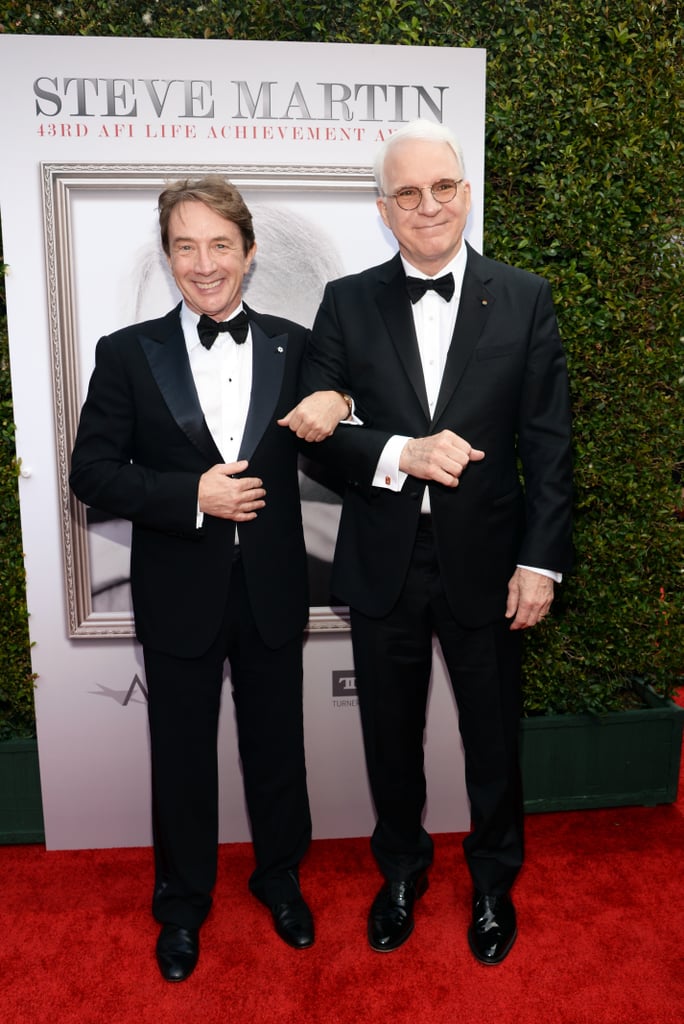 Steve Martin was honored on Thursday with the AFI Life Achievement Award, and while many of his famous pals came out to celebrate, there was one special guest that quickly stole the show: Martin Short. Steve and Martin, who costarred as George Banks and Franck Eggelhoffer in Father of the Bride and Father of the Bride Part II, got up to their old tricks on June 4 while walking the red carpet. Steve and Martin posed for hilarious photos, cracked each other up, and linked arms while making their way inside the Dolby Theatre in Hollywood. Diane Keaton, who played Steve's wife in the hit films, was also on hand to honor her longtime friend.

But the night wasn't all about the funny duo. In addition to their cute reunion, the ceremony turned into one big Hollywood date night. Steve and his wife, Anne Stringfield, shared some adorable moments inside the theater, while other notable couples included Steve and Nancy Carell, Eric Dane and Rebecca Gayheart, and Sarah Silverman and Michael Sheen.

And you can't have an event that revolves around Steve Martin without some of Hollywood's funniest people. The night, which slightly resembled an SNL reunion, also featured former cast members Tina Fey, Amy Poehler, Maya Rudolph, and Dan Aykroyd. Keep reading to see more photos of the star-studded event, and then check out the surprising place where Steve got his start in show business.