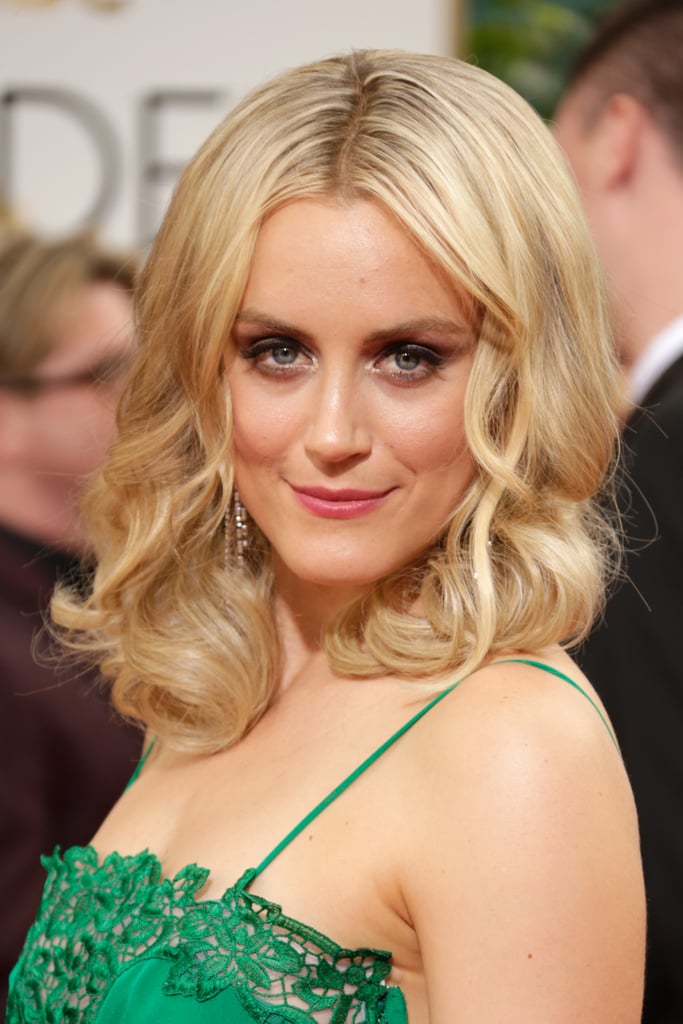 Orange may be the new black, but Taylor Schilling chose green for the Golden Globes. The actress walked the red carpet in a simple gown and Chanel jewels. It's a big night for Taylor, whose performance as a young woman sent to prison in Netflix's Orange Is the New Black garnered the actress her first Golden Globes nomination. While she didn't win in her category, we think she won with this gorgeous look. Vote on her ensemble in our Golden Globes polls!