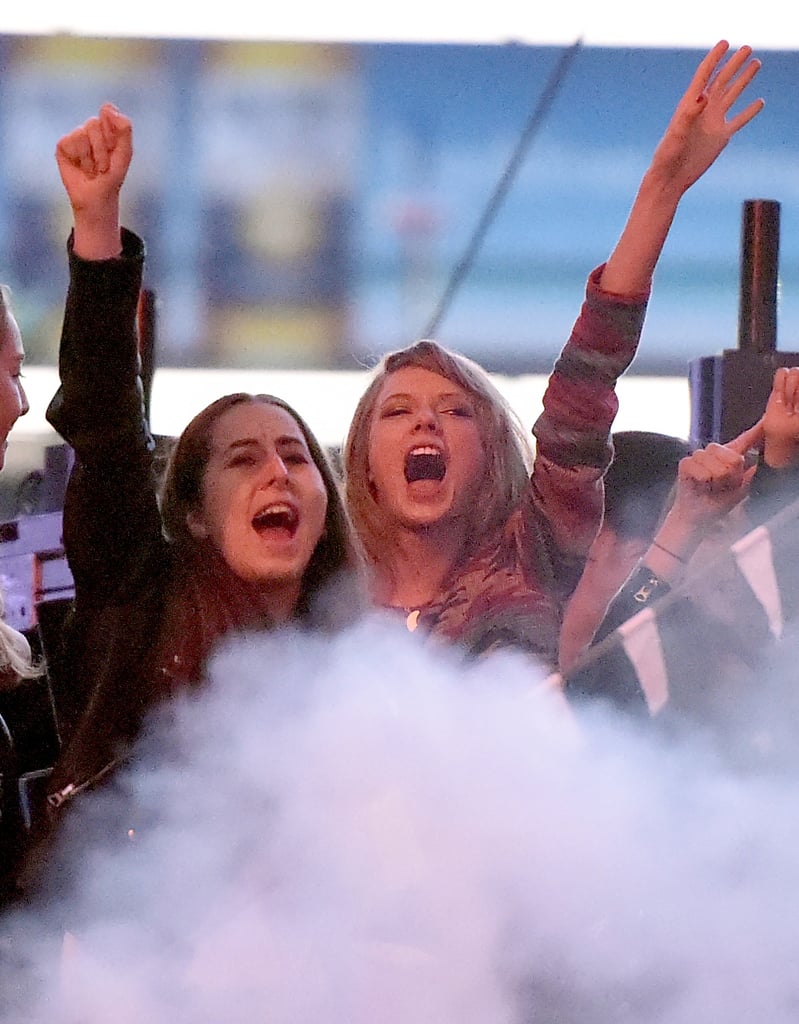 Taylor Swift is known for dancing in the crowd during award shows, and she brought that same all-out enthusiasm when she watched her rumored boyfriend, Calvin Harris, perform during KIIS FM's Wango Tango concert in LA on Saturday. The singer was seen rocking out backstage with her friends Este and Alana Haim at the show, and a source told E! News that Taylor and Calvin were spotted kissing and holding hands after he finished his set, later leaving the StubHub Center together. Their backstage PDA comes just a couple weeks after they were seen riding in a car together in LA, and in April, they were pictured holding hands during a night out in LA. Keep reading for pictures of Taylor and Calvin's night out, and since Taylor is among the nominees, vote for the star with the best fan base in our POP 100 poll!