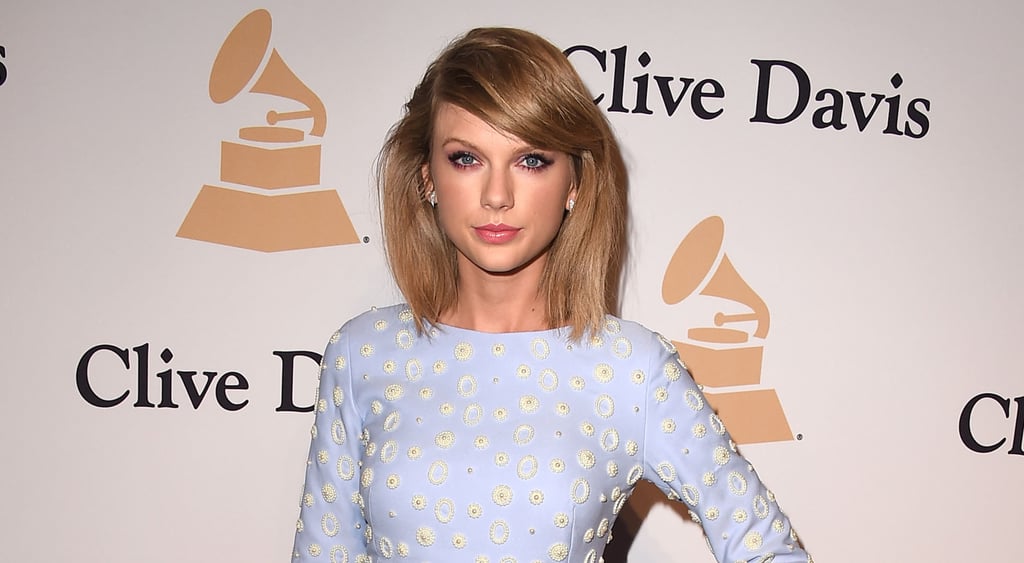 During a performance rehearsal for this week's Brit Awards, Taylor Swift took a break to chat with Kiss FM UK backstage at London's O2 Arena on a really important topic: Beyoncé. When asked what would happen if she lost out on her award to other nominees, like Beyoncé and Sia, the singer had nothing but praises for Queen Bey. Taylor shared, "I love her more than the normal amount. I try really hard not to, like, let [my fandom] get creepy. I just really channel it into a joyous admiration and appreciation."

Taylor also revealed what it's like to go up against her friends for the same award, how she deals with the situation, and what would make her upset. She explained, "See, that's the only way that I'll be upset is if we don't get to see Beyoncé. I won't be upset because I didn't win. I'll just be like, 'I wish that we could see her all the time.'" Ahead of this week's show, check out Taylor's appearance at the 2013 Brit Awards, and see a full guide to her feuds, friendships, and flames.

Barack Obama
Barack Obama Sends a Message of Hope to Young People of Color: "Your Lives Matter"
by Monica Sisavat 1 day ago

Beyoncé Knowles
Beyoncé Speaks Out About the Death of George Floyd: "We Cannot Normalize This Pain"
by Monica Sisavat 5 days ago