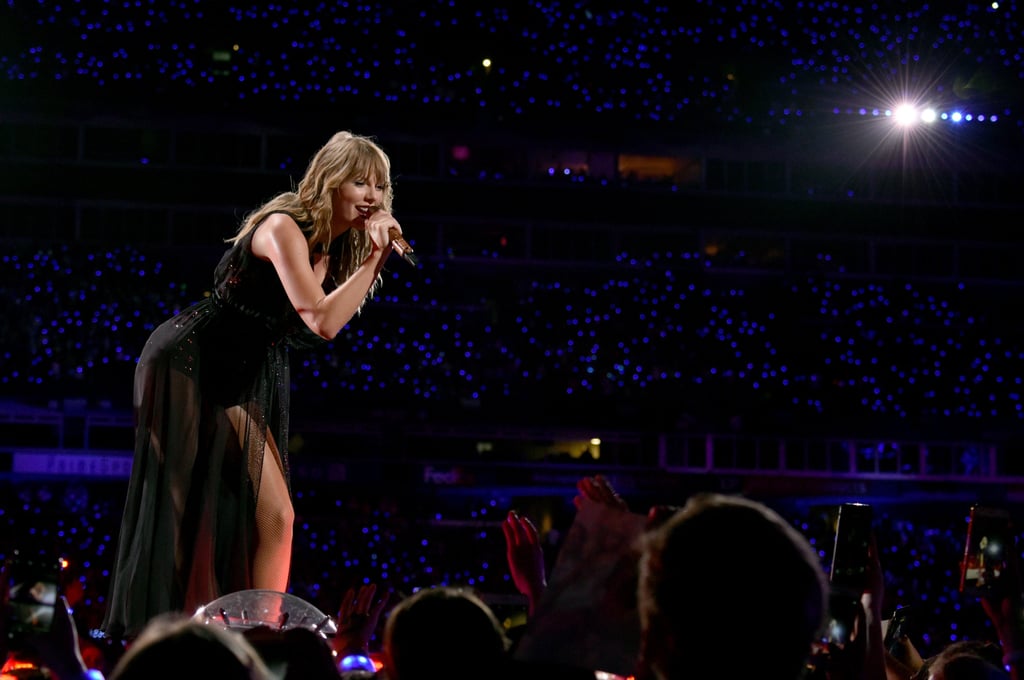 Taylor Swift paused her Reputation tour stop on Tuesday night at Detroit's Ford Field so that she could say a few beautiful words about the late Aretha Franklin, whose funeral is set to be held just up the road from the stadium on Friday. "Last week we lost an irreplaceable force. Aretha Franklin did so much for music, did so much for women's rights, did so much for civil rights," Taylor told the crowd of 50,000 Swifties. "She was one of those people where no matter what you said, no matter what glowing positive thing you said about her, it would be an understatement. Words could never, ever describe how many things she did in her lifetime that made our world a better place. And this is her home."

The Queen of Soul passed away at the age of 76 on Aug. 16 after a long battle with pancreatic cancer. Taylor's Detroit show happened to be at the end of the first day of public visitation for Aretha at the nearby Charles H. Wright Museum of African American History, where she's resting in a gold-plated coffin in a rotunda in view of a long line of visitors. After the 28-year-old pop star spoke to the audience about Aretha's legacy, she asked for a full minute of silence, "so that every single one of us could reflect on our love and respect for her and everything she did in her life."

See footage of the sweet moment at Taylor's concert ahead.

Music
On Our Radar: If the Name Miles Hardamon Doesn't Ring a Bell, It Will Soon
by Monica Sisavat 9 hours ago

Music
Now That The LOX and Dipset Have Verzuz Battled It Out, They're Ready to Go on Tour
by Grayson Gilcrease 15 hours ago

Spotify
Looking For a Song That's Perfect to Pucker Up To? Try 1 of These Super Sweet Hits
by Lauren Harano 20 hours ago