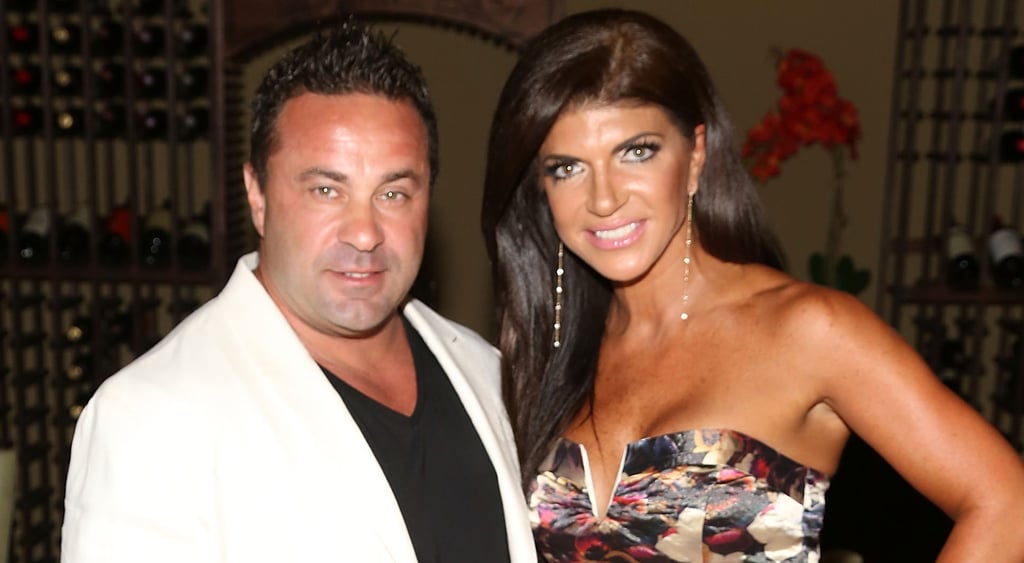 On Thursday, The Real Housewives of New Jersey star Teresa Giudice was sentenced to 15 months in jail, and her husband, Joe Giudice, was sentenced to 41 months in jail. Teresa and Joe were charged with conspiracy to commit mail fraud, wire fraud, and bank fraud. The couple first filed for bankruptcy in October 2009, and a 39-count indictment followed four years later. They pleaded guilty this past March, with Joe saying he failed to report about $1 million. Ahead of Thursday's sentencing, Joe read a letter, saying, "I stand here humiliated before the court and my family and society. I disgraced many people, including my wife and four daughters. I take full responsibility for my actions. I promise to be a better person."