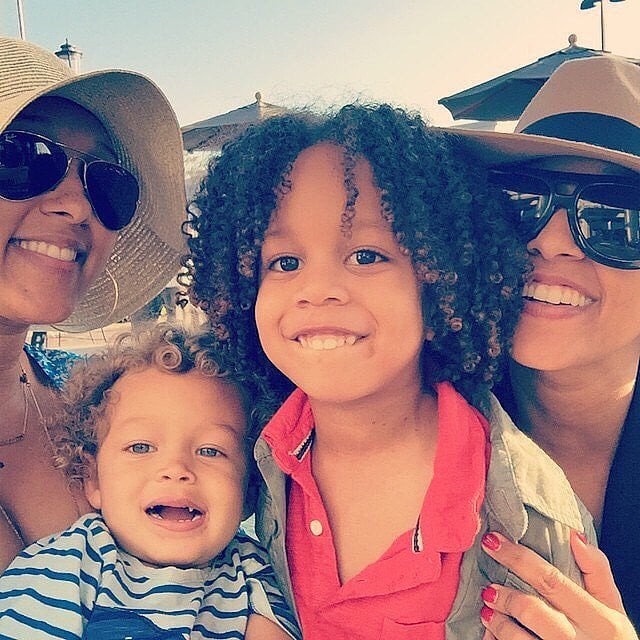 Double the Cuteness: 50+ of Tia and Tamera's Sweetest Family Snaps

Tia and Tamera Mowry won our hearts playing long-lost twins in the '90s sitcom Sister, Sister, but these days, they're all grown up and raising children of their own. Tia tied the knot with her Game costar Cory Hardrict in 2008 after six years of dating and regularly shares photos of their sweet 5-year-old son, Cree. Tamera and her husband, Adam Housley, also dated for six years before they married in 2011. She posts pictures of her busy life with her 2-year-old son, Aden, and daughter Ariah, who was born in July 2015.

In addition to Tia and Tamera's individual Instagram photos, we also get to see snaps of the twins' adorable little ones hanging out together like one big, happy, curly haired brood. Also in the mix is the girls' younger brother Tahj, who often pops up in pics with his adoring family. We've rounded up over 50 of Tia and Tamera's cutest family photos (and let you know which twin is which), so scroll through to see them all now.