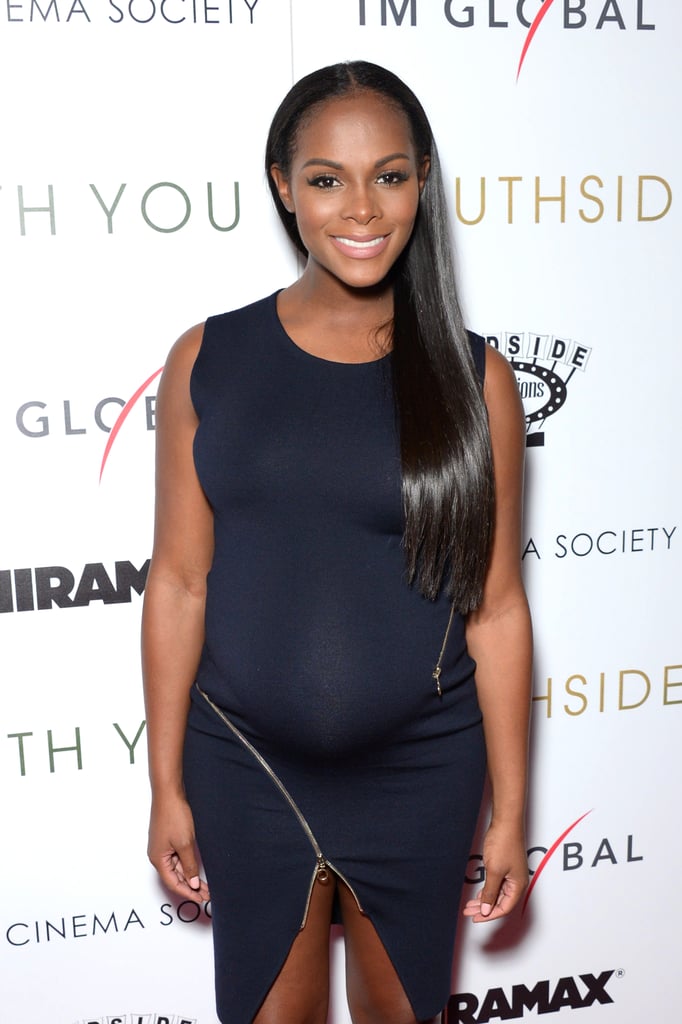 Tika Sumpter hit the red carpet for a screening of her new film, Southside With You, in NYC on Wednesday. The stunning actress, who portrays Michelle Obama in the biopic, showed off her growing baby bump in a navy blue dress and was all smiles while posing for photos with her handsome costar, Parker Sawyers. Parker and Tika star as the president and first lady in the romantic drama, which follows the couple on their first date in 1989. Tika is currently pregnant with her second child, and announced the exciting news via Instagram last week while promoting the movie with executive producer John Legend.