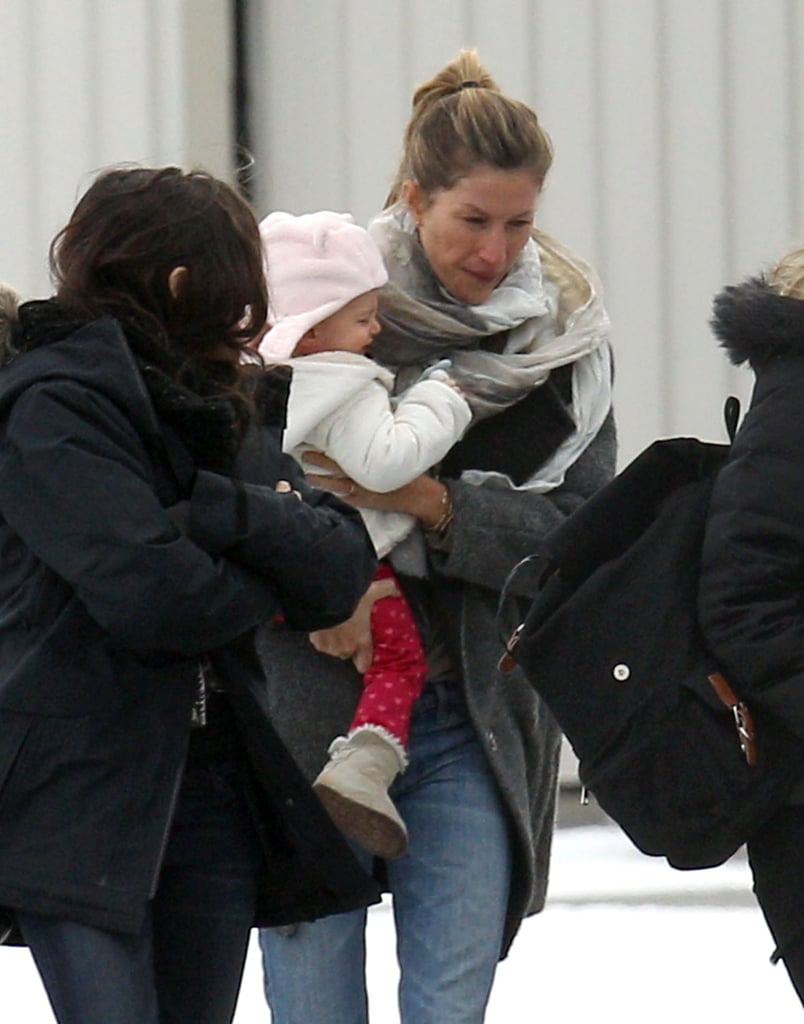 While some celebrities are hunkering down during the polar vortex, Gisele Bündchen and Tom Brady are getting out of town. The couple packed up Benjamin and Vivian and boarded a private plane in Boston on Wednesday. They're likely headed somewhere much warmer, especially now that Tom's playoff season with the New England Patriots has come to an end. The quarterback and his team lost to the Denver Broncos last Sunday, but luckily, Tom still has this going for him. Gisele, meanwhile, has been busy working all over the globe this month. She headed to Costa Rica to shoot an H&M campaign and made the most of the tropical climate by logging some beach and bikini time with baby Vivian. After that, she was back in Boston and sharing her feelings about the frigid temperatures on Instagram, using the hashtags "#work" and "#freezing."

Kylie Jenner
Kylie Jenner and Stormi Wore Matching Rainbow Bikinis, and It's Too Cute to Handle
by Nikita Charuza 6 hours ago

Cardi B
Oh My, Monochrome! Cardi B's New "Mommy & Me" Reebok Collection Was Inspired by Kulture
by Chanel Vargas 1 day ago