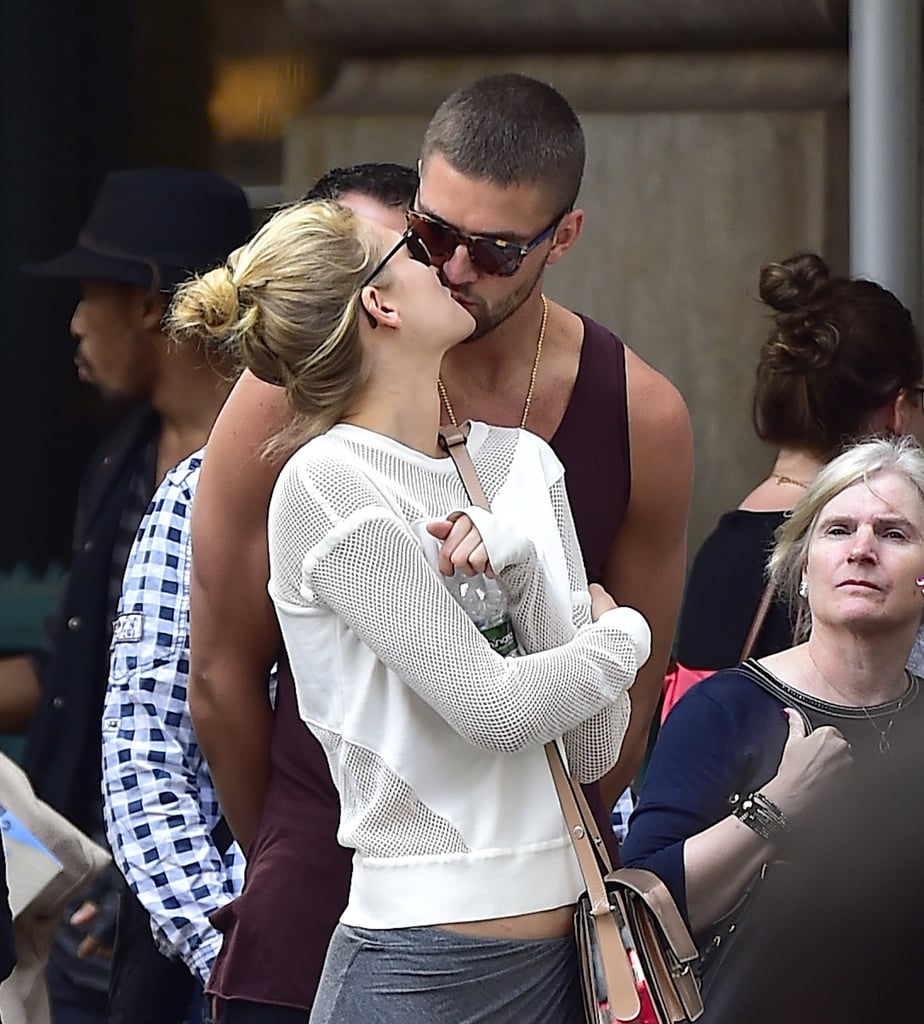 Model Toni Garrn packed on the PDA with her new beau, Dallas Mavericks player Chandler Parsons, in NYC on Wednesday. The couple took a stroll through SoHo and made sure to sneak in some stolen kisses while waiting to cross the street. About the budding romance, a source told Us Weekly that the two "really like each other and are having fun," adding, "Chandler is recuperating from knee surgery, and Toni has been a great support for him." It's the first relationship for the 22-year-old model since she split from Leonardo DiCaprio in December 2014; they dated for over a year and were spotted on multiple tropical getaways during their time together. Though Leo was rumored to be hooking up with Rihanna, he was spotted with another pretty female while relaxing on a yacht in Cannes just last week. Keep reading to see more photos of Toni and her hot new basketball-playing boyfriend.

Celebrity Instagrams
Alex Rodriguez Does His Best Jennifer Lopez, and All We Can Say Is, "Macho's Got Moves"
by Grayson Gilcrease 6 days ago