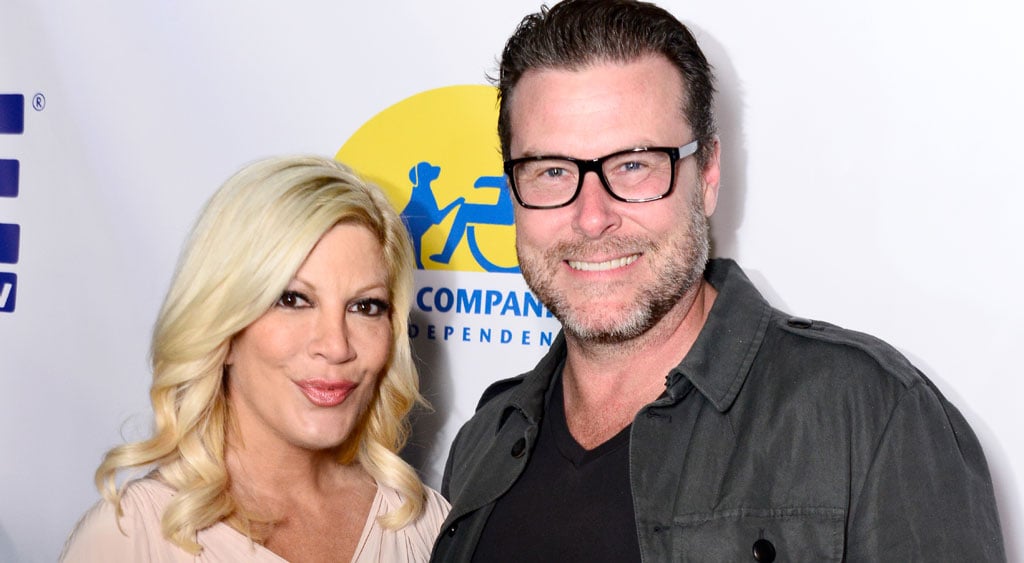 Tori Spelling is going to be a mom again! The actress and her husband, Dean McDermott, are expecting their fifth child together, she confirmed to People. "It was a total surprise," Tori said. "I took the test, and Dean said, 'Oh my God, we're going to be the Brady Bunch!' He was saying, 'We just got Finn out of diapers! I thought we were in the clear!' For the first time, they're all in school. So it's like, 'Wow, what did we just do to ourselves?' We're basically starting over. But we always wanted a big family. I'm really excited."

The pair, who tied the knot in 2006, are already parents to Liam, 9, Stella, 8, Hattie, 5, and Finn, 4. The exciting family news come on the heels of a very dramatic few years for Tori and Dean. In 2013, news broke that the actor had cheated on Tori, which they publicly dealt with on episodes of their reality show True Tori. In 2014, Dean entered rehab to deal with "some health and personal issues," and most recently, it was revealed that Tori has been ordered to pay $38,000 of credit card debt.