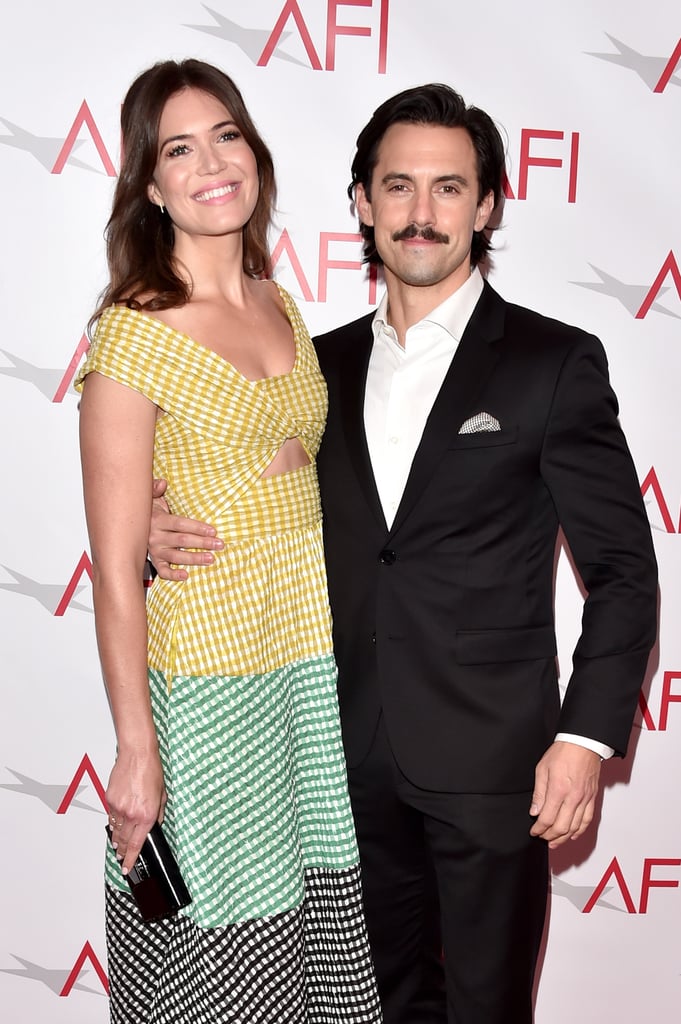 The cast of This Is Us stepped out in style for the AFI Awards luncheon in LA on Friday, but one very important person was missing in action: Sterling K. Brown. The actor — who made headlines this week when it was announced that he'd be joining the cast of the much-anticipated Black Panther movie — was nowhere to be seen, though his onscreen parents Mandy Moore and Milo Ventimiglia, sister Chrissy Metz, and wife Susan Kelechi Watson held down the fort and posed together for photos both on the red carpet and inside the event.

The ceremony, which recognizes 10 outstanding films and 10 outstanding television shows from the year, also brought out Hollywood stars like Michelle Williams, Denzel Washington, and Emma Stone, who stuck close to her La La Land costar and avoided an awkward run-in with her ex-boyfriend Andrew Garfield. All we know is this: we better see you with everyone else at the Golden Globes on Sunday, Mr. K. Brown!