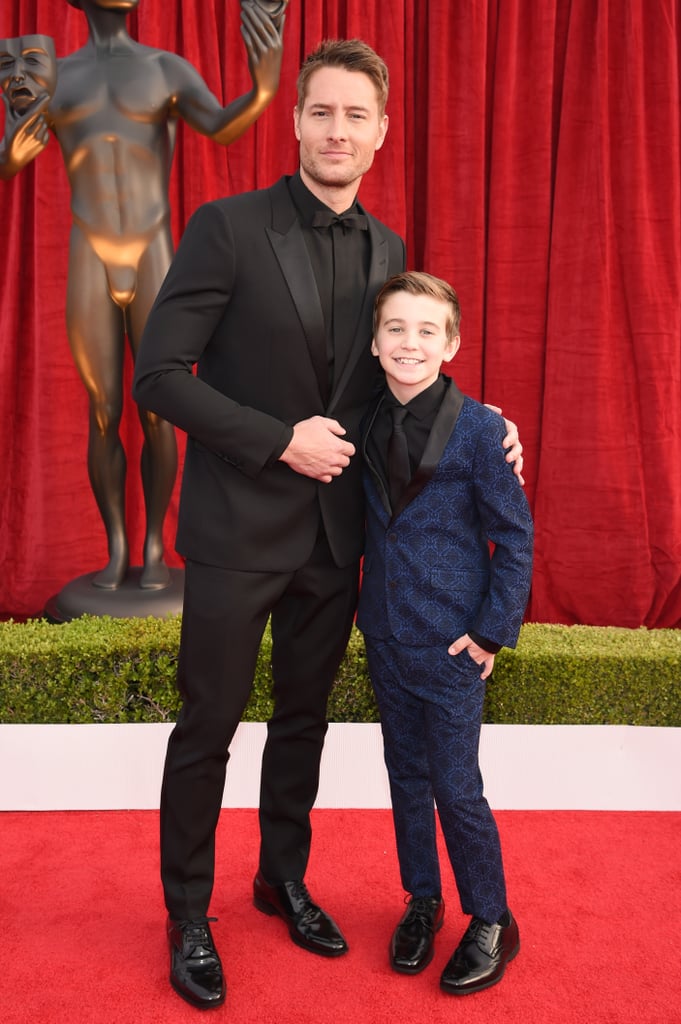 Once again, the This Is Us cast is one of our favorite parts about award season. The stars of the hit NBC series showed off their sweet bond as they attended the SAG Awards on Sunday night. While Sterling K. Brown shared a few precious moments with his wife, Ryan Michelle Bathe, who had a recurring role during the first season, Justin Hartley and Chrissy Metz posed with their mini mes on the red carpet. And the fun continued inside! Aside from sharing a table together, the cast had an adorable moment on stage as they took home their first SAG award for best ensemble in a drama series.

Related:
The Cast of This Is Us Might Actually Be Closer Than the Pearson Family
Previous Next Start Slideshow
This Is UsRed CarpetSAG AwardsAward Season