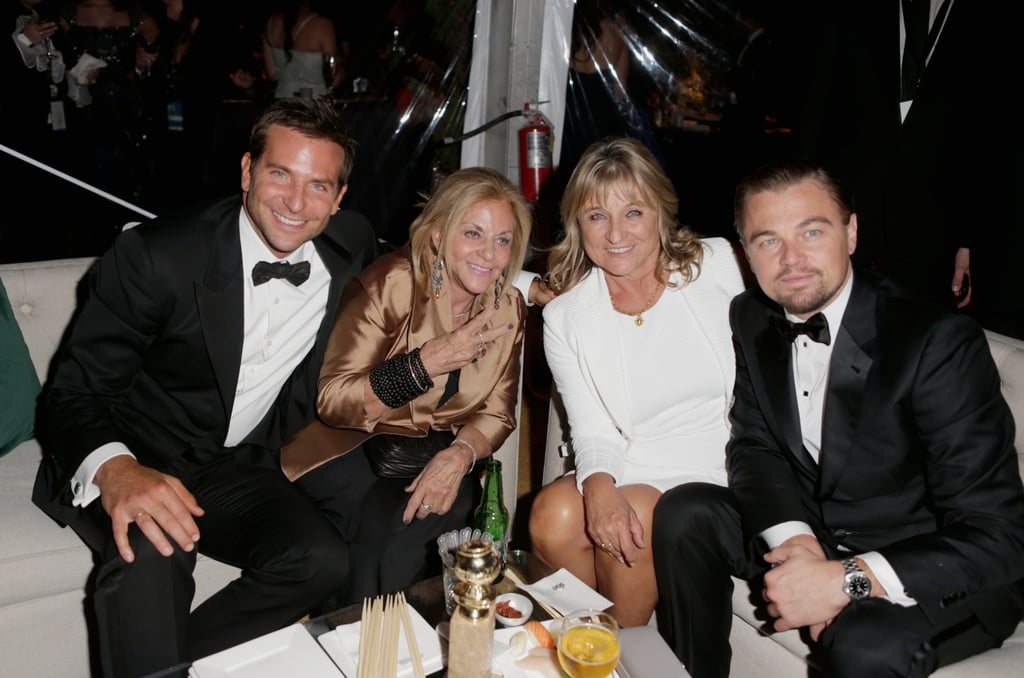 Stars flocked to The Weinstein Company's bash at the Beverly Hilton in LA on Sunday night after wrapping up the Golden Globes. Nominee Liev Schreiber brought his wife Naomi Watts to the bash, while Leonardo DiCaprio held onto his award with his mom by his side and chatted up Bradley Cooper and his mother. Taylor Swift stepped into a shorter dress to buddy up with a bunch of girlfriends, and winner Robin Wright showed off her gold alongside fiancé Ben Foster. Keep scrolling for a look inside the Weinstein party.