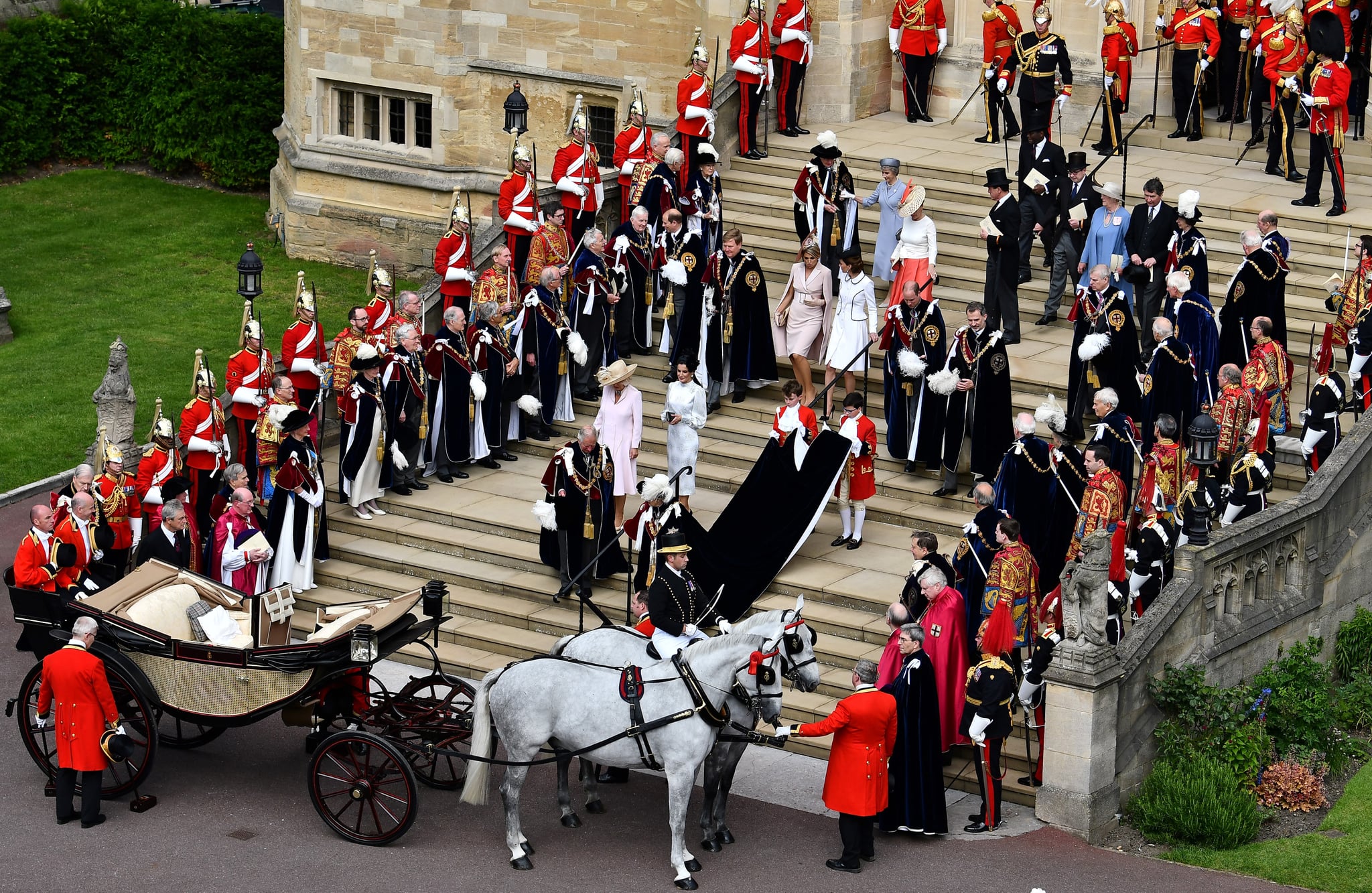 It seems like the British royals are always arriving at one ceremonial event or another. Every June, though, there's one particularly important ceremony that has a rich, centuries-long tradition behind it. If you've never heard of Garter Day, here's what to know.

Garter Day is the day each year when members of the Order of the Garter gather at Windsor Castle for an annual meeting. In years where new members are being brought into the order, this day also marks the occasion of their official investiture ceremony. It is a very formal occasion, at which the members of the Order wear their elaborate ceremonial robes and insignia. Spouses of the Knight Companions and Lady Companions are in attendance at Garter Day as well. According to the official royal website, the day follows a set order of business.

"The day begins with The Queen formally investing any new Companions with the Order's insignia in the Throne Room of the Castle. The Queen and The Duke of Edinburgh entertain the members and officers at a lunch, and then all process on foot to a service in St. George's Chapel. There is a short service where any new Companions are installed. The Sovereign and other members of the Order then return to the Upper Ward of the castle in carriages and cars."

The Order of the Garter is one of the oldest and highest honors in England, including both royalty and commoners who are honored for their public service. The official royal Instagram account shared a little more information about the historical and mythological origins of the order.

"The Garter Day tradition dates back over 700 years when, in medieval times, King Edward III was inspired by tales of King Arthur and the chivalry of the Knights of the Round Table that he set up his own group of honourable knights, called the Order of the Garter. The Knights are chosen from a variety of backgrounds, in recognition for public service. Today, the Order includes the Queen, who is Sovereign of the Garter, several senior Members of the Royal Family including the Prince of Wales and Duke of Cambridge, and twenty-four knights chosen in recognition of their work."

Membership in the Order of the Garter is a lifelong honor, and there is a limit to how many "Companions" there can be: only 24 people can be in the Order at any given time. New Companions are named when there are openings. This year, a new Lady Companion and a Knight Companion were welcomed in: athlete Lady Mary Peters and the Marquess of Salisbury, a former Chairman of the Thames Diamond Jubilee Foundation.

Despite this limit of 24 members at a time, there is also such thing as a "Supernumerary Knight of the Garter," which permits the queen to honor people — typically members of the royal family or foreign monarchs — with honorary membership without taking up one of the limited spots. At the 2019 ceremony, for instance, King Willem-Alexander of the Netherlands and King Felipe of Spain were both invested as Supernumerary Knights of the Garter. It's another instance of British pride in their history and long-standing traditions.