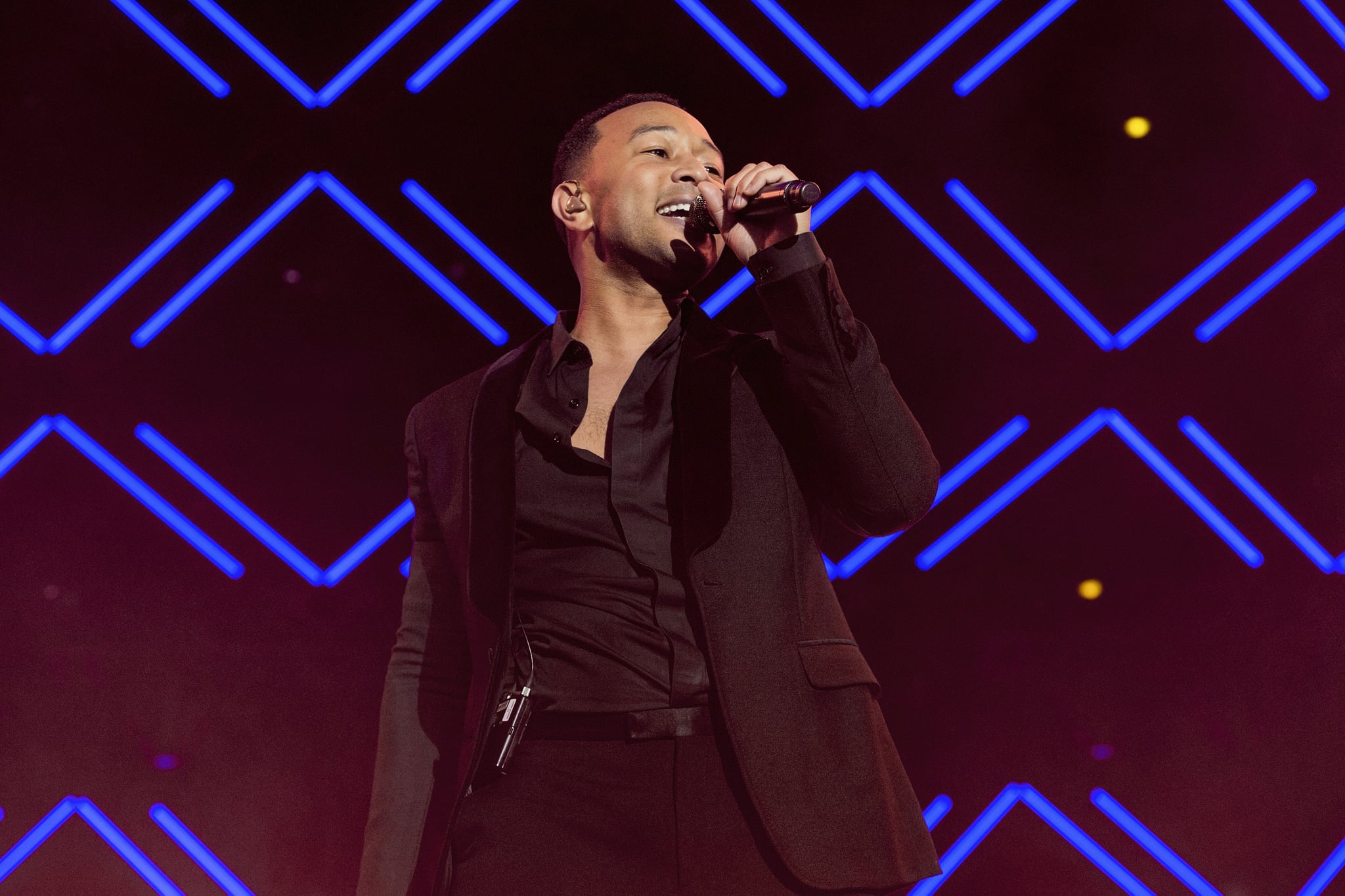 Have you ever wondered how some celebrities get their names? Some stars are given names from their parents that scream "super star," like January Jones (sounds like a superhero, right?) and Pierce Brosnan (so Hollywood). Others change their names along the way for more pizzazz like, Lana Del Ray (born Elizabeth Grant) or Emma Stone (born Emily Jean Stone). The biggest surprise however is when you learn that one of your favorite celebrity's real name is NOT the name you've known them as . . . like John Legend.

While John Legend sounded like a made-up name the first time we heard it — come on, whose last name is actually as cool and as fitting as Legend? — we eventually came to believe that the "Love Me Now" singer was in fact given that name from the start, but we were wrong!

John's birth name is actually John Roger Stephens, and if we're being technical here, it's still his real name. Legend is actually a nickname, and the story as to how the 39-year-old crooner was dubbed "Legend" goes back a couple of years . . . back to his early career, after graduating from the University of Pennsylvania.

Back in 1999, John (who was Stephens at the time) was actually working as a management consultant. At the same time, he was honing his craft as a musician at night, playing nightclub gigs and knocking on doors, searching for a record deal under his real name — until his friends started to call him "Legend" based on his old-school sound, The New York Times reported back in 2006.

"John Legend is a nickname that some friends started calling me, and it kind of grew into my stage name," Legend told MTV News in 2008 about his now-famous moniker. "'Legend' is something that I never would have chosen for myself originally. It grew to the point where more people in my circle would know me by that name than by my real name. I had to make a decision."

Related:
Here's How Bruno Mars Came Up With His Stage Name (Yes, It's a Stage Name)

John decided that although it was a BIG name to take on, he liked it, and he then adopted it as his official stage name. "I was just like, 'You know what? Let's just go for it. People are going to pay attention, and I'm going to either live up to my name or I'm not,'" he explained to the publication. "My bet was on me trying to live up to the name."

Clearly the bet paid off, because now John Legend is just that, a legend, and he has definitely lived up to his new last name. The "All of Me" singer is a five-time Grammy-winning artist, a Golden Globe winner, and an Academy Award winner, not to mention his 2017 Tony Award win for coproducing the play Jitney. He also became the first black man to achieve an EGOT in September 2018, thanks to his Emmy win for outstanding variety special for Jesus Christ Superstar. But all of this fame doesn't mean the star still doesn't own his Stephens roots.

In fact, his name is still legally John Stephens, as proven by the fact that when he won his Oscar in 2014 for best original song in Selma, his real name was announced (along with Common, whose real name is Lonnie Lynn) as he took the stage.

Plus, when John and his beautiful wife, Chrissy Teigen, had their first child back in 2016, her full name included his real surname. "Our new love is here! Luna Simone Stephens, born on Thursday, the 14th. We couldn't be happier!" Legend tweeted at the time of Luna's birth. Their son, Miles Theodore Stephens, was born in May 2018, and now Stephens will continue to live on!

Bridgerton
"Bridgerton" Star Hannah Dodd Is a Dancer and Model, Too
by Eden Arielle Gordon 2 weeks ago