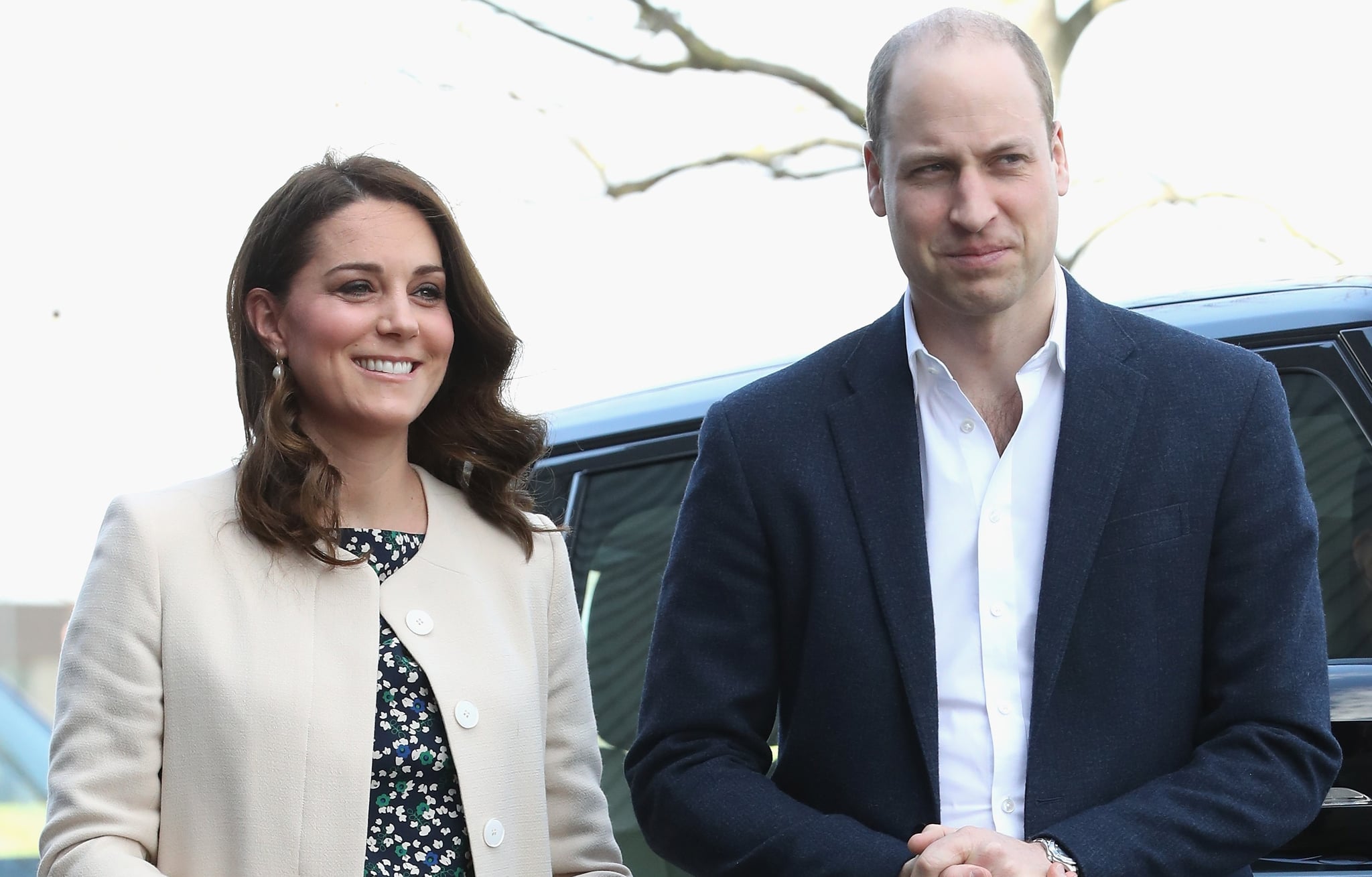 On Monday, Kate Middleton and Prince William welcomed their third child in London, and the world is already rejoicing over another royal baby. According to Kensington Palace, the newest addition to the British royal family came into the world at 11:01 a.m. (local time) on Monday morning. The couple had a baby boy who weighs 8 lbs 7 oz, and according to the family's social media account, "Her Royal Highness and her child are both doing well."

Although Prince William has already left St. Mary's Hospital, where Kate gave birth, the family has yet to make their first public appearance outside the hospital steps or announce the baby's name. While photographers have been sitting outside the hospital for a long time already, they could be waiting a while to see that adorable baby's face. Plus, when it comes to naming the fifth heir to the throne, fans of the royal family shouldn't expect to know right away.

Related:
People on Twitter React to the New Royal Baby in the Most Brilliantly Patriotic Way

In fact, if the duke and duchess keep with their own tradition in regards to name announcements, you can expect to learn the name of their baby boy on Wednesday. With both Prince George and Princess Charlotte, the royals revealed their names two days after announcing their arrivals to the public.

Why do the royals not announce the name sooner, you ask? Well, it could be for a variety of reasons, one of which is they want to make sure that their family members learn the name before the greater public, which, let's be honest, is very classy.

In addition, the royals do have to really think through what they are going to name their son, and whether or not it will be a traditional English name and who it could honor. Prince George Alexander Louis honors kings before him, while Princess Charlotte Elizabeth Diana honors both Prince William's grandmother and his mother.

"Royals, however, also have to consider the great responsibility in naming a new member of the family and I expect they want to be a hundred percent certain of their choice before announcing the name and sealing the baby's place in history," commentator Victoria Arbiter told Town & Country recently.

Fingers crossed the duke and duchess do keep with their two-day tradition, because we don't know how long we can wait to know what this bundle of joy is named!