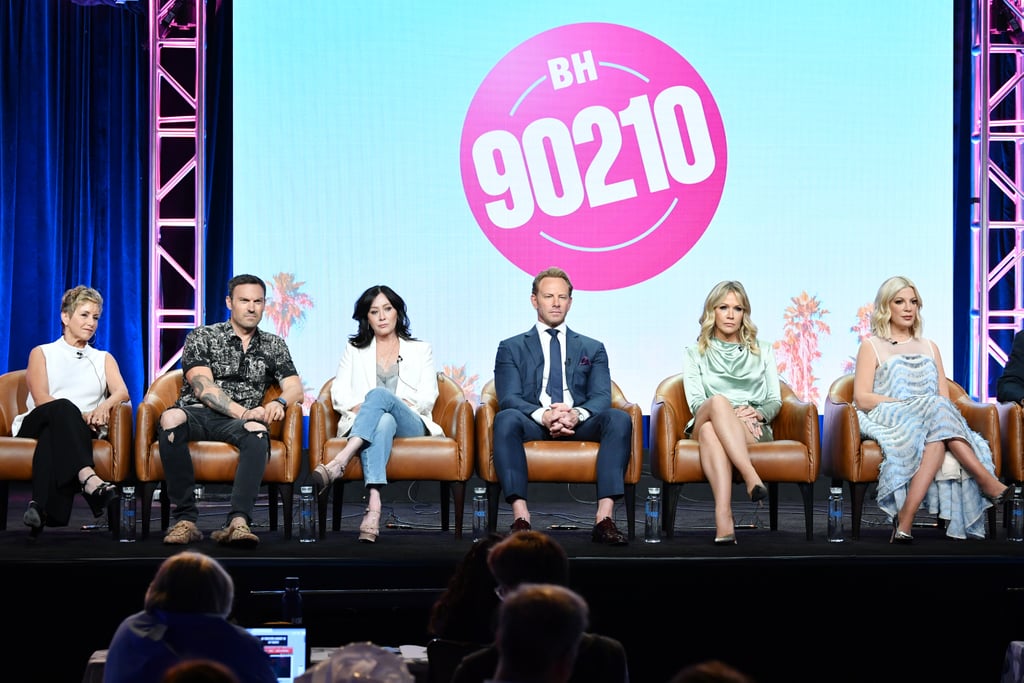 Confused About Who the BH90210 Cast Members Are Married To? We've Got Answers

The reboot of Beverly Hills, 90210 is a reboot unlike anything we've ever seen before. The new BH90210 has taken a very meta approach: instead of picking up the characters' stories years later, it picks up the stories of a fictionalized version of the cast themselves! Most of the original cast have returned to play exaggerated, fictionalized versions of themselves who are reuniting for a fictional reunion. It's fun, but all a little confusing at first — and what makes it even more confusing is figuring out how much of the fiction is based in reality. One area where it's pretty much pure fiction: the characters' marriages. In real life, most of the cast are happily married with families, but their fictional counterparts still have tons of drama. Here's what you need to know to separate fiction from the reality of the cast's married lives.