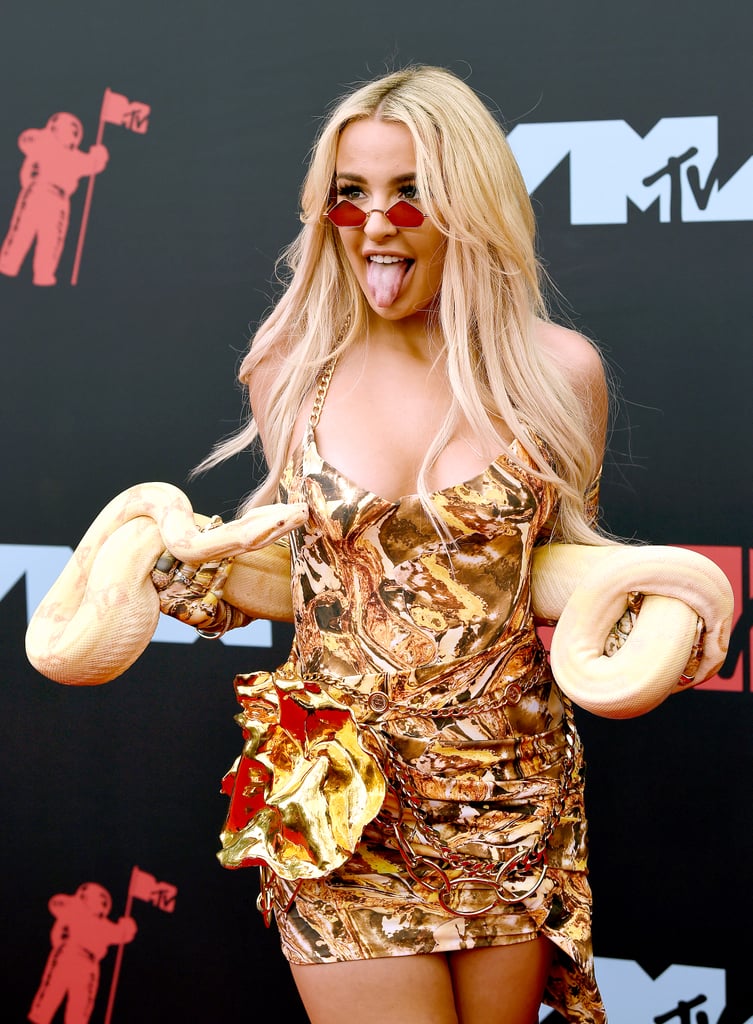 What is it about the MTV VMAs? The annual award show is known to inspire unexpected antics from its attendees, and this year was no different. For example, in a crazy coincidence, both YouTube personality Tana Mongeau and singer H.E.R. walked down the red carpet casually wearing giant snakes. (It's worth noting the name of H.E.R.'s snake is Big Mama.)

This is a fairly tame stunt for Tana, whose following of nearly five million YouTube subscribers earned her a limited reality series with MTV about her wild 21st birthday, called Tana Turns 21. In the series finale, viewers were given an inside look at her recent Las Vegas wedding to fellow YouTube star Jake Paul.

Ahead, see photos of both stars slithering along the red carpet with their snakes.

Related:
Not to Be Dramatic or Anything, but These VMAs Outfits Are the Definition of Fierce Fashion
Previous Next Start Slideshow
MTV VMAsRed CarpetYouTubeAward SeasonH.E.R.

Grammy Awards
Welcome Back! Trevor Noah Is Hosting the Grammy Awards Again in 2022
by Naledi Ushe 4 days ago