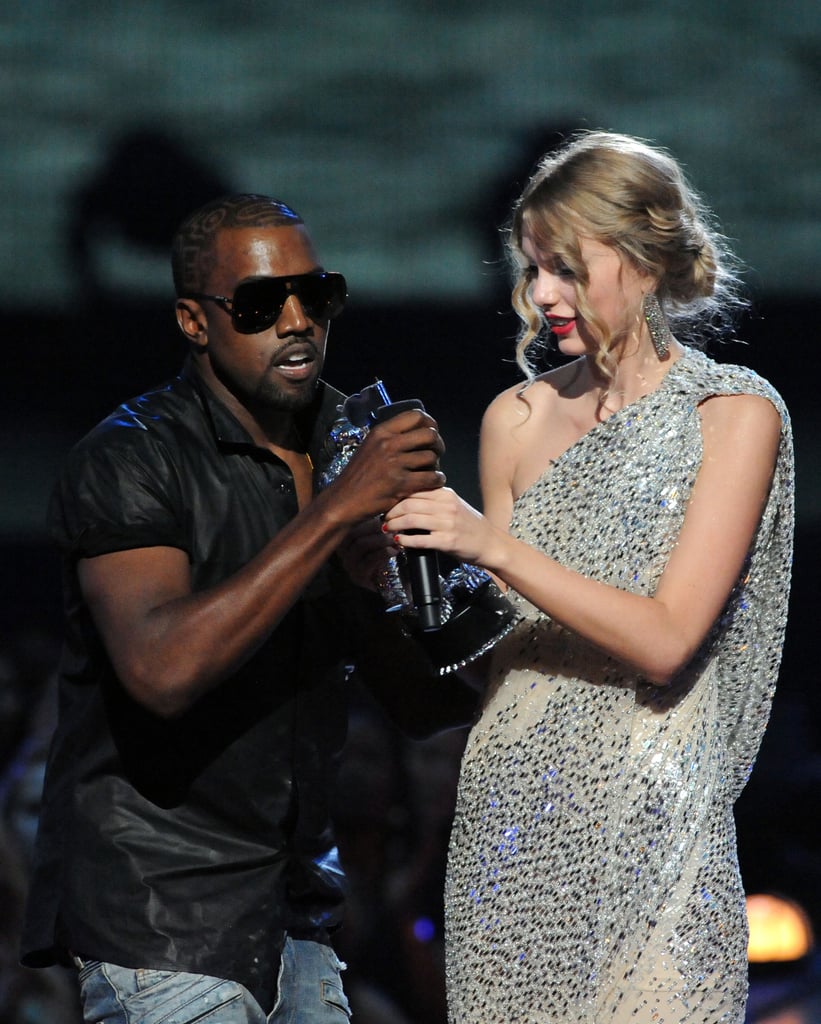 From Britney Spears's famous lip-lock with Madonna in 2003 to Beyoncé's pregnancy announcement in 2011, the MTV VMAs are always full of surprises. Being that the show is known for its shock factor, there's a slight possibility that Taylor Swift could have some surprises in store for us during her appearance this year. After all, this will be her first VMAs performance in four years! Guess we'll just have to wait and see what happens on Aug. 26, but in the meantime, look back at some of the craziest moments of VMAs past.