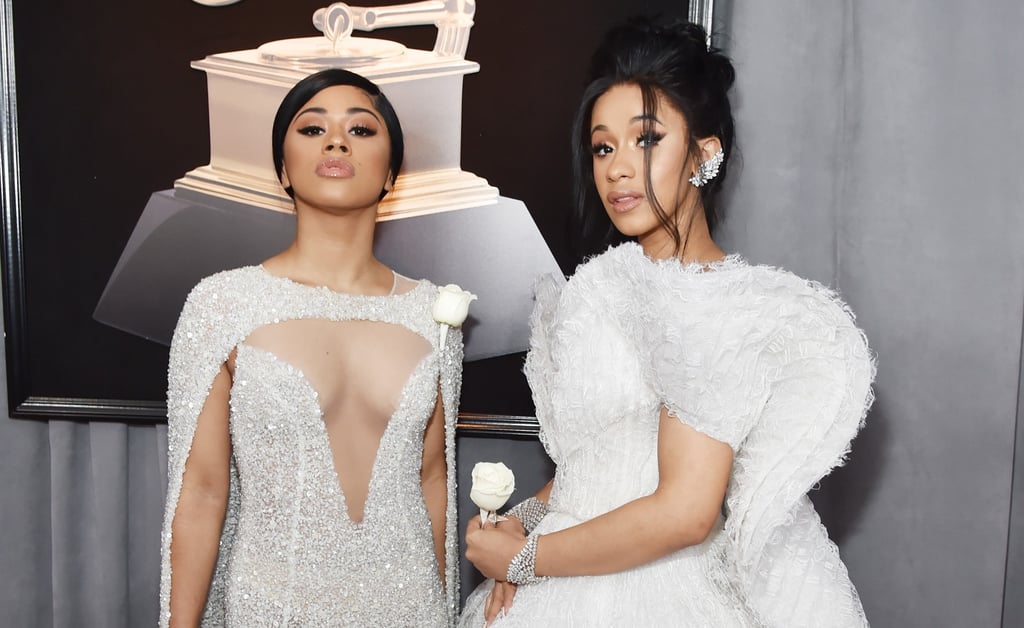 Cardi B might have looked like she was wearing a wedding dress when she arrived at the 60th Annual Grammy Awards on Sunday night, but her date wasn't her fiancé and fellow rapper, Offset. Instead, the "Bartier Cardi" singer brought along her look-a-like sister, Hennessy Carolina Almanzar, who shone just as bright as her older sister in a sparkly floor-length gown.

For those who aren't fans of Love & Hip Hop: New York, you might not recognize Hennessy right off the bat, since the 22-year-old appeared on seasons six and seven of the reality show alongside her sister. While Cardi has been busy blowing up the music scene as one of the most in-demand new rappers, Hennessy has become a star in her own right. She currently has 1.7 million Instagram followers and has parlayed her social media fame into hosting club events and working toward starting her own fashion line.

Related:
7 Fun Facts About Cardi B, the Feminist Rapper Taking Over the Music Industry

No matter how busy both Cardi and Hennessy have gotten as their careers have taken off, it's clear they make plenty of time for each other — they regularly pop up on each others' Instagrams and attend music industry events arm in arm. Oh, and if you ever doubt how close they really are, just take a look at their names. Cardi — real name Belcalis Almanzar — actually chose her stage name because people nicknamed her "Bacardi" growing up, as a nod to her sister's alcohol-themed moniker.

My name is Belcalis ,Growing up people called me Bacardi cause my sister name is Hennessy ..FYI

Pretty cute, right? See more of Cardi and Hennessy's glam night out at the Grammys below. 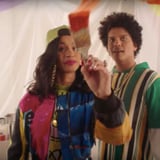 Cardi B
Cardi B Made a Wig For an 11-Year-Old Fan, and Her Reaction Has Me Emotional
by Yerin Kim 3 days ago