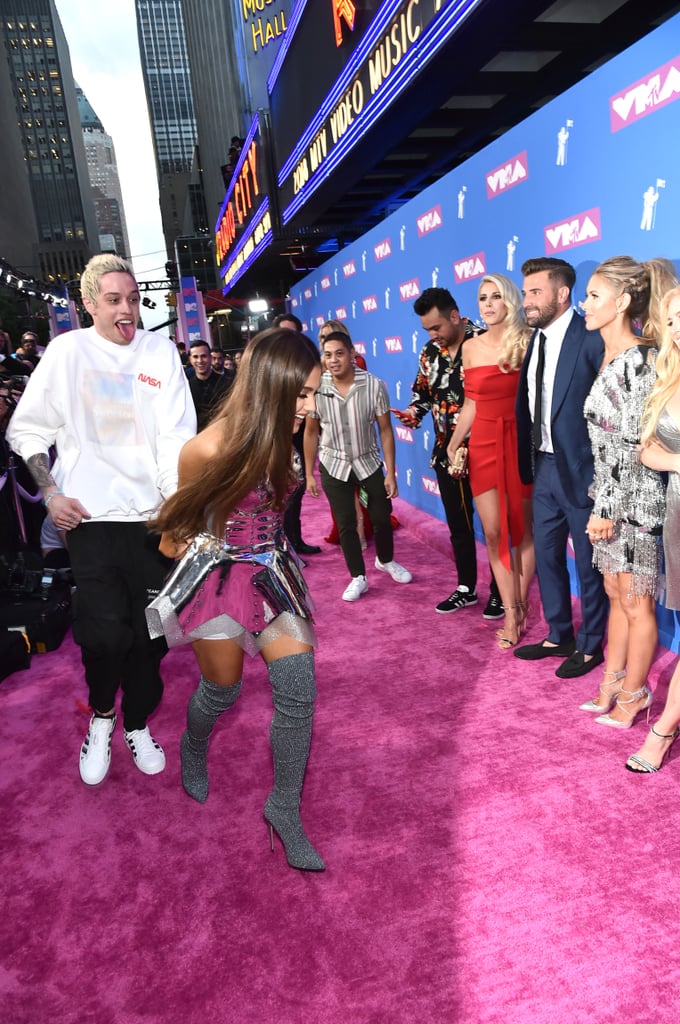 Ah, to be young and in love. On Aug. 20, Ariana Grande and Pete Davidson attended the 2018 MTV Video Music Awards for their first red carpet appearance as an engaged couple. While the two stopped to take several sweet pictures, Ariana and Pete were photographed fleeing from the red carpet soon after — interrupting a shot of The Hills cast reunion in the process!

Why did Ariana and Pete leave in such a hurry? While the 25-year-old pop star is performing her latest single "God Is a Woman," she wasn't set to open the award show. Once inside, Ariana and Pete slowed down their mad dash to take more pictures while looking lovingly into each other's eyes. And just like that, all was right again.

Beauty News
The Hair, Makeup, and Nails at the MTV Awards Were Just as Extra as the Show Itself
by Jessica Harrington 39 minutes ago

Chase Stokes
Someone Pass the Windex, 'Cause Chase Stokes in a Sheer Fendi Top Is Fogging Up Our Screens
by Victoria Messina 48 minutes ago