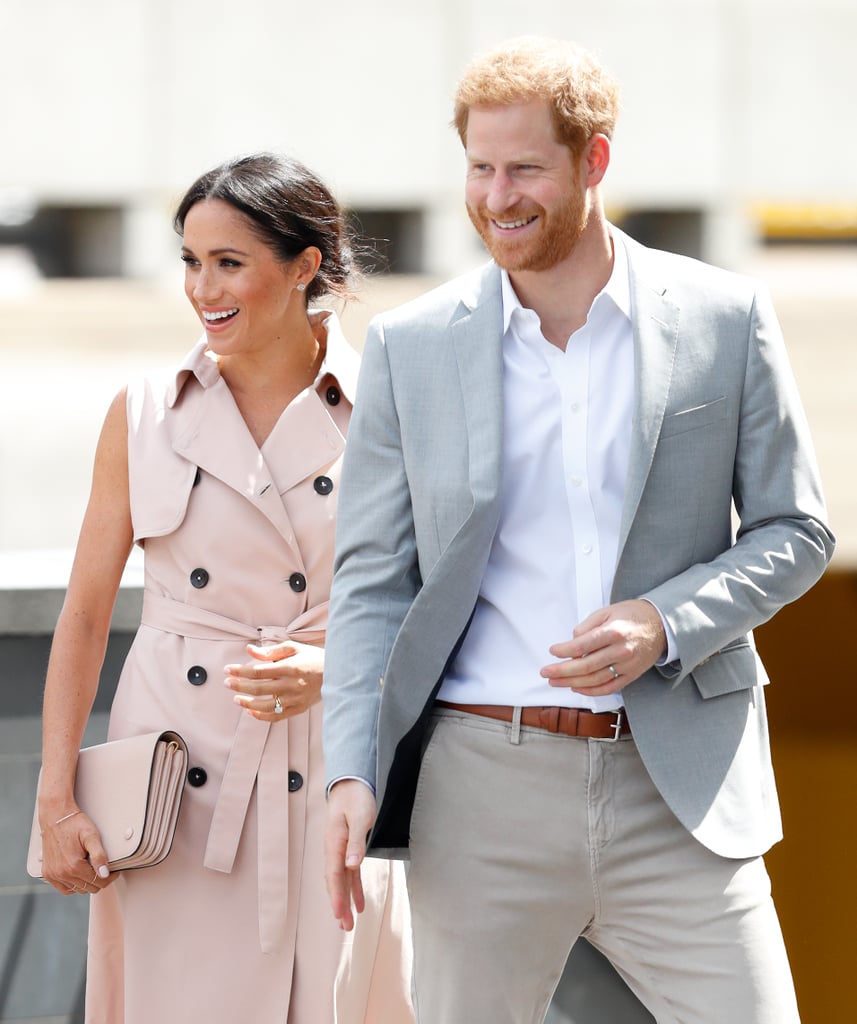 When Prince Harry and Meghan Markle tied the knot on May 19, they did everything they could to make the day their own, and that included breaking a few royal rules along the way. On top of choosing a different cake flavor and making sure the wedding was a multicultural event, Harry also opted to become the first man in his family to wear a wedding band.

Men wearing wedding bands is still a relatively modern trend, and the decision to go without one isn't uncommon for members of the royal family. Prince William notoriously decided not to wear a ring as he "isn't one for jewelry," following in his grandfather's footsteps, and while Prince Charles now wears a signet ring on his pinkie finger, he never wore a ring while he was married to Princess Diana.

Harry also decided to break away from another tradition by choosing a platinum band. Up until his ring was revealed, it was expected that it would be crafted from a single nugget of rare Welsh gold, a tradition that was set up by the queen mother back in 1923 and that all the royal brides have since followed, including Meghan. Ahead, get a closer look at Harry's wedding band.