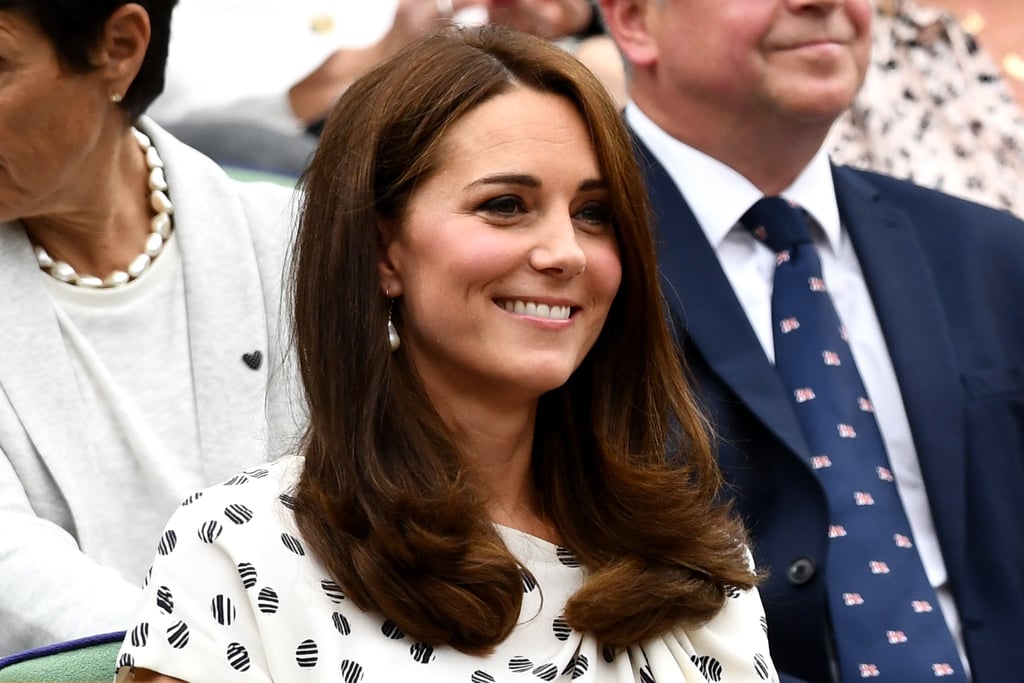 The official trailer for Queen Elizabeth II's new documentary, Queen of the World, has finally been released, and one person who is noticeably missing from it is Kate Middleton. While we get a glimpse of the moment Meghan Markle first laid eyes on her wedding dress and Prince Harry talking about how he panics every time he bumps into his grandmother in the corridor, Kate isn't featured in any of the clips, and there's a good explanation for it.

Kate welcomed her third child, Prince Louis, in April and then went on maternity leave shortly after. Most of the filming was conducted around that time, and Kate wasn't partaking in any royal engagements. "Kate was largely out of action during the main filming," People reported. "CHOGM (the British meeting of the heads of government from the Commonwealth) was a focal point and she was due to give birth any minute then."

But don't freak out just yet; Kate is actually in the film, she just isn't a part of any of the conversations. "There is film of events and receptions which she attended, so you do see her," a source told the outlet. Phew! Catch Queen of the World when it airs in the US on HBO on Oct. 1.

Related:
How Well Do the Queen and Kate Middleton Really Get Along?
Previous Next Start Slideshow
The RoyalsKate MiddletonQueen Elizabeth IIThe British Royals

Gal Gadot
Gal Gadot Was Inspired by Princess Diana For Wonder Woman: "She Was Full of Compassion"
by Grayson Gilcrease 23 hours ago